Vacancy rates across six of Australia’s capital cities are at extremely tight levels, prompting a rental housing crisis across many of the regions, new research has revealed. Six of Australia’s capitals have vacancy rates well below 2 per cent, which is pushing rents up by as much as 20 per cent in many regions, The Property Nerds’ co-founder, Arjun Paliwal, said.

According to The Property Nerds recent data, six of eight of “our rest of state regions” have a below 1 per cent vacancy rate, some of the tightest conditions the self-proclaimed nerds have ever seen.

“A clear rental housing crisis is evident across many of the regions for those looking to rent,” Mr Paliwal said.

Anecdotally, the nerds expect to see a strong correlation between falling vacancy rates and rising rents.

“Based on our analysis of over 350 (Sa3) regions, we can see that rents do appear to increase significantly more when vacancy rates drop below 1 per cent,” Mr Paliwal’s business partner Kent Lardner said.

“For those markets that have fallen below 1 per cent, our analysis indicates that rents are being pushed higher, ranging from +5 per cent and even as high as +20 per cent in many regions,” Mr Lardner noted.

According to The Property Nerds’ research, Canberra currently has the lowest vacancy rate across all property types of 0.9 per cent, followed by Hobart and PerthPerth, TAS Perth, WA at 1.1 per cent, Adelaide at 1.2 per cent, Darwin at 1.3 per cent and Brisbane at 1.7 per cent.

Mr Lardner explained that one of the challenges in many of the regions experiencing such a significant increase in demand is the lack of options for those being priced out of the market.

“With such low volumes of available housing stock for rent in many regional areas, it is hard to see any short-term fix.

“While we can see rather large volumes of vacant apartments in many cities and rental discounts that could attract some renters being squeezed out of the regions, this simply is not an option for a family,” said Mr Lardner.

On the other end of the scale are Sydney and Melbourne, both of which are still recording fairly high rates of 3.9 per cent and 6.7 per cent, respectively. 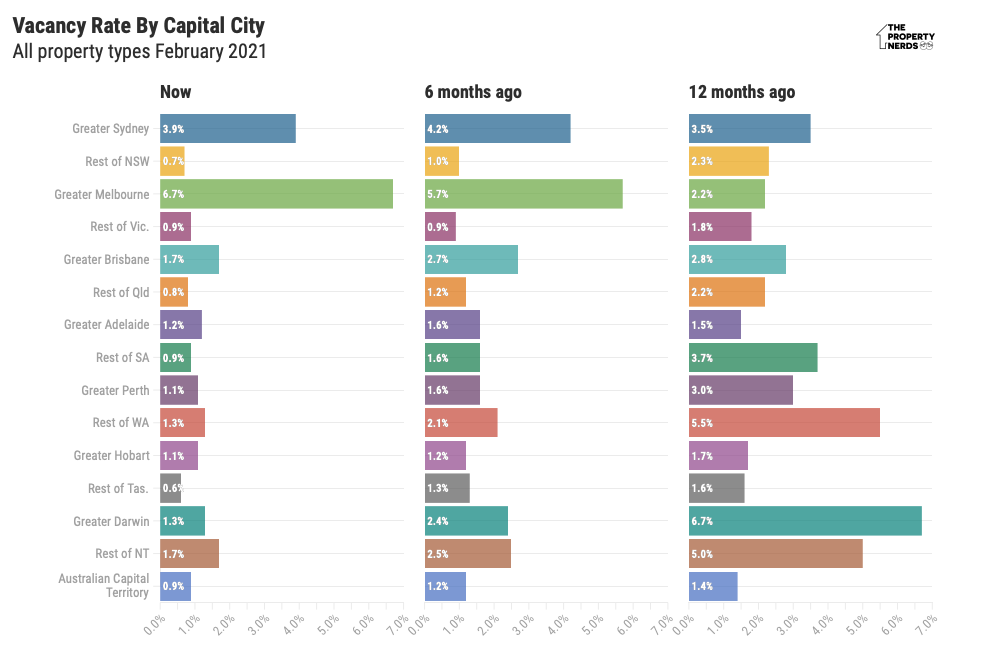 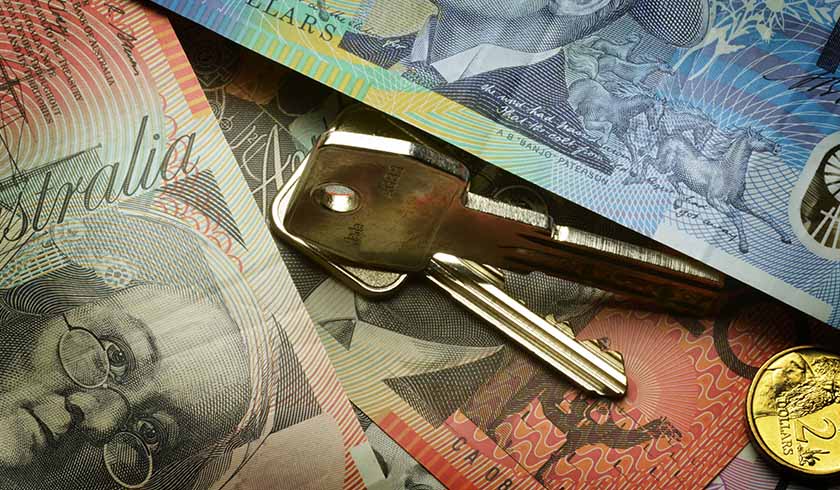