Where you can find investment opportunities in Darwin

Like most capital cities, Darwin has witnessed strong recovery from the impacts of COVID-19. Find out which suburbs now offer the best opportunities for investors. The Herron Todd White Month in Review report for May 2021 revealed a strong buyer sentiment among locals across the Greater Darwin region, punctuated by increased sales volumes and accelerating property prices.

According to property valuer Jeremy Callan, demand has been largely driven by owner-occupiers, including first home owners and upgraders.

For those looking to take advantage of investment opportunities in Darwin, Mr Callan encouraged paying attention to large projects, which can be “useful to establish a time frame in which one holds onto a property”.

“Capital growth on residential properties fluctuates depending on what opportunities a location can provide,” he added.

There will also be the $4.7 billion gas exploration by Santos in the Barossa offshore gas field, the exploration within the Beetaloo Basin and the $20 billion sun cable that will run from Tenant Creek to Singapore to supply 20 per cent of Singapore’s electricity.

“Projects of this scale would likely see areas of Darwin change significantly, whether it be purely due to an increase in workers and population looking for housing, or more specifically due to the infrastructure itself changing the area,” Mr Callan said.

Mr Callan listed down the “under the radar” up-and-coming hotspots in Darwin:

According to the property valuer, the inner-city suburb’s appeal lies in its central location, medium-to-long-term large-scale development and great amenities.

“[The Gardens] has only a small residential component as the majority of its area holds great amenities such as a golf course, casino, schools and, of course, the botanic gardens.

“With the proposed masterplanned community Parklands development on Blake Street on hold as planning and public opinions on the matter are gathered, we could see revitalisation of the development site. This is currently a fenced-off area, which would, if planned properly, more than likely also enhance the surrounding area.

“Whether Parklands gets the go ahead or not, it is only a matter of time before this site which is not currently serving the public’s best interests is fully utilised,” he said.

Adjacent to the more popular suburbs of Parap and Fannie Bay, Ludmilla offers great access to the CBD and the northern suburbs and “the most value for buyers and investors”, according to Mr Callan.

“Of course, Fannie Bay … is a superior location to Ludmilla. However, for a central location such as Ludmilla that is so well connected, it is only a matter of time before we see future infrastructure greatly enhance the suburb as well as general gentrification of the residential dwellings already there,” Mr Callan explained.

Across the northern suburbs, Malak and Karama stand out as frontrunners, boasting a 15-minute distance from Darwin CBD as well as large 800sqm blocks, public transport and other amenities, the property valuer said.

The suburbs also have plenty of schools and parks in close proximity, as well as Darwin’s main sporting complex, shopping facilities and the airport all within a five-minute drive.

Most importantly, property buyers can still get an entry level three-bedroom house for under $400,000, Mr Callan highlighted.

“However, with other northern suburbs becoming unaffordable for many, Malak and Karama may lose their entry level status in years to come.

“For investors considering a long-term investment in residential property, it is the older suburbs yet to see the influx of affluent residents their neighbouring suburbs have seen that offer some exciting investment opportunities,” he said.

Looking ahead, Mr Callan ultimately expects the “well-connected suburbs” to steal the spotlight as large-sale projects drive the economy and demand for housing in the future.

Read More
Where you can find investment opportunities in Darwin 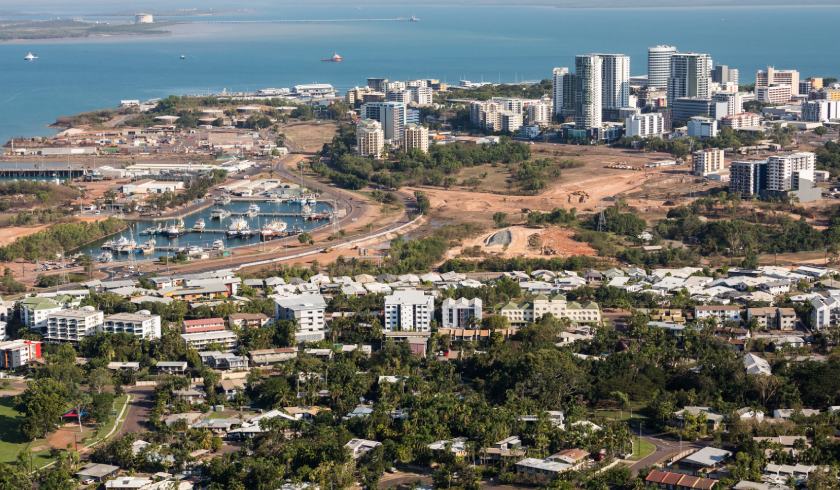 Last Updated: 09 June 2021 Published: 09 June 2021
share the article
8 Adelaide suburbs property investors should be looking at
‘Interest rates are the primary driver of the housing market’