The Australian wage price index (WPI) saw a 2.2 per cent increase in the year to November 2021, according to the Australian Bureau of Statistics (ABS). Eliza Owen, head of research at CoreLogic, has said the 2.2 per cent increase indicates a return to pre-pandemic wage growth, and it falls just short of the decade’s average growth of 2.4 per cent.

She pointed out that when the WPI is compared to property values over the last two decades, it becomes clear that nominal housing value increase has well outpaced total wage and salary growth.

Ms Owen looked back at the last 20 years and noted that even though salaries have climbed by 81.7 per cent, property values have well outpaced this growth, now up 193.1 per cent compared to 2001 prices.

The recent spike in national home values pushing a 22 per cent increase in property values in the last 13 months has further complicated the situation.

Further analysis of the CoreLogic data shows that Tasmania has experienced the highest disparity in growth rates over the last two decades, highlighting a 300 per cent increase in property values. Tasmanian residents have seen WPI of just 84 per cent over the same period.

The ACT, Victoria, and NSW had the next highest discrepancy in 20-year growth rates.

Compared to other states, the Northern Territory had the lowest disparity between wages and house price growth over the last two decades. It reports a 99 per cent increase in home values, while WPI is now up by 81.7 per cent.

Ms Owen opined that this is because the Northern Territory “tends to have a well-compensated, transitory workforce across the resources sector. In the past 20 years, this has meant strong surges in wages amid periods of increased resources sector activity, but not as much permanent demand for housing across the territory.”

The fact that earnings are growing at a slower rate than housing prices has a number of ramifications. To begin with, when house prices rise faster than salaries, it becomes more difficult to save for a down payment on a home.

It’s challenging for household savings to keep up with salary growth of only 2.2 per cent in the year to September.

What does this mean for home buyers?

In addition, low purchasing power, when it comes to mortgage serviceability over time, is another key consequence of high property prices compared to slow salary growth.

Because of low mortgage rates, the percentage of income used to service home debt has remained relatively stable over time. But due to low inflation and income growth, households are finding it more difficult to pay off their mortgages as soon as they would want.

This is all the more challenging for new mortgage holders who are taking out 30-year loans, more so if interest rates increase.

“Higher wages growth, which tends to coincide with higher levels of inflation, erodes the real value of mortgage debt, making it easier to pay off,” Ms Owen stated.

Therefore, wage growth will be an important indicator to look out for in the short term when it comes to changes in the housing cycle’s trajectory.

This is due to the fact that changes in salaries and inflation will have an impact on the cash rate, which is a key determinant of mortgage rates.

In a speech on 16 November, Reserve Bank of Australia (RBA) governor Philip Lowe stated that yearly wage growth could serve as a “guidepost” for the kind of long-term inflation needed to justify a rate hike.

Governor Lowe suggested that maintaining inflation between the goal range of 2 and 3 per cent would necessitate a 3 per cent annual wage price hike or higher. A higher cash rate would certainly put downward pressure on home prices, although the RBA believes this is unlikely to happen in 2022.

This may bring good news to first-time home buyers because if house prices decline as a result of rising interest rates and growing salaries, they have better chances to save more money for a down payment.

Ms Owen acknowledged that recent house owners might see their equity drop, but in the long run, they should be able to service their mortgages more easily due to income gains. 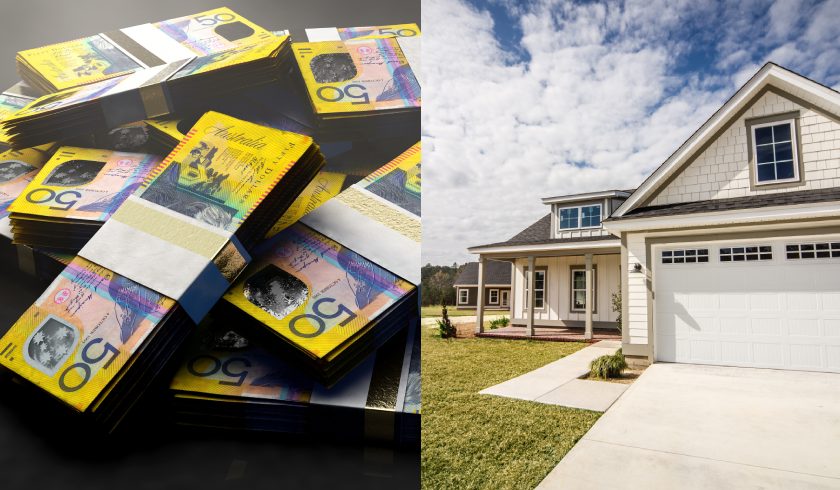