The combined capital cities have had their busiest week since late March, with 3,725 properties going under the hammer over the week ending 21 November 2021. The figure also marks it as the fifth-busiest week for auctions since records began back in 2008, according to CoreLogic.

CoreLogic’s head of research, Eliza Owen, reported that 3,539 properties were sold, an increase of 5.3 per cent from last week and twice the volume of the 1,803 houses sold this time last year.

The combined capital’s preliminary clearance rate continued its downward trend this week, with 74.5 per cent of the 2,989 results obtained so far finding buyers on the day, continuing a decreasing pattern that began in early October.

Last week’s preliminary clearing rate of 75.5 per cent was cut down to 73.2 per cent in final numbers, while the success rate of auctions this time last year was 69.1 per cent.

This week was Melbourne’s third-busiest of the year, as auction volumes remained above 1,000 for the seventh week in a row.

There were 1,644 residences put up for auction in Melbourne, up from 1,564 the week before. More supply on the market is clearly now having an impact, with the city reporting a preliminary clearance rate of just 72.7 per cent from the 1,360 results collected so far.

The preliminary clearance rate for the week prior was 74.1 per cent, which was then reduced down to 71.8 per cent. Over the same week in November 2020, just 70 per cent of the 646 auctions held had a favourable outcome for vendors.

Sydney had its second-busiest week of the year surpassing the week prior, with 1,369 homes taken to auction. It’s an 8.7 per cent lift over the previous week’s 1,259 homes sold and a far cry from the 805 auctions at this time last year.

Ms Owen noted that Sydney’s withdrawal rate climbed this week, continuing a trend that began in mid-October and reaching its highest level of 16.6 per cent since late July.

Canberra and Brisbane had the highest preliminary clearance rate, with Canberra’s 85.7 per cent successful auctions slightly higher than Brisbane’s 82.5 per cent.

Adelaide had a preliminary clearance rate of 79.6 per cent, but Ms Owen alluded that considering the huge upward revisions witnessed in clearance rates last week and the fact that there are still 91 results remaining, the final clearance rate could reach more than 80 per cent.

Five of the 12 results received so far in PerthPerth, TAS Perth, WA were successful, while the lone auction held in Tasmania this week yielded a positive outcome for the seller. 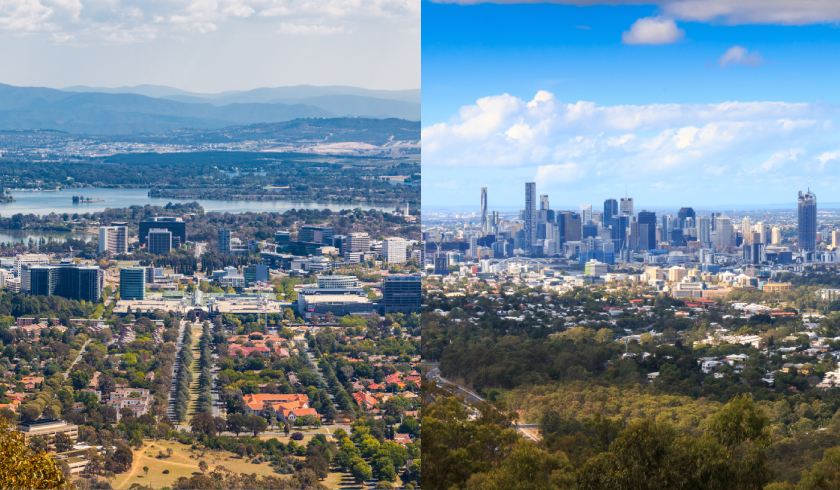