As open borders boost demand, one network GM expects South Australia to grow by 15 per cent in 2022. James Trimble, general manager of Raine & Horne, has cited several factors set to fire up real estate activity in the state, such as improved infrastructure, affordable real estate, a lower cost of living, and an increase in immigration.

Here are the factors, given by Mr Trimble, which will fuel the growth of South Australia’s property market:

1. Demand will rise once international borders are reopened

The closing of international borders on 20 March 2020 temporarily shut the gates to international students and immigrants who help drive demand for housing in Australia.

Still, Mr Trimble highlighted that Adelaide house prices increased by over 20 per cent (depending on the suburb) in the previous year.

With borders now open to vaccinated international skilled workers and students as of 15 December 2021, Mr Trimble said the influx of people would be “competing with locals for quality, well-located property, and this additional activity should contribute to high price growth”.

“Lot Fourteen, which is built on the site of the old Adelaide Hospital, has morphed into a global tech hub, and there is a significant investment in the precinct by the federal and South Australia governments,” the general manager stated.

He projected expectations of a total of 1,600 jobs to be created in Lot Fourteen, with Google, Microsoft, Nokia, and Amazon already on the site, joining other tech giants like Accenture, MTX, Cognizant and Deloitte.

Furthermore, Lot Fourteen will welcome the Bureau of Meteorology’s Space Weather Hub this year, which will house a team of leading scientists and researchers.

The presence of these businesses and their corresponding labour force is expected to further energise the South Australian real estate market.

“South Australia is the space, defence and cyber state and these sorts of investments by leading global corporations will attract well-educated and high-net-worth immigrants to Adelaide from 2022 who would normally consider Sydney and Melbourne for well-paid employment in these sectors,” Mr Trimble claimed.

When it comes to affordability, Mr Trimble opined that the state – and its capital – have an edge over other locales.

“We also have a more affordable lifestyle with private schooling in Adelaide, sometimes tens of thousands of dollars cheaper than in Sydney, while great state schools are being built across the city too,” said Mr Trimble.

4. Accessibility of coastal and regional markets

If residents of other capital cities are moving out and snapping up lifestyle properties to escape traffic in the CBD, Mr Trimble quipped that in Adelaide, “door-to-desk commutes are measured in minutes rather than in hours”.

He added that the South Australian government isn’t sitting back just yet because in its 2021-22 state budget, record infrastructure spending of $17.9 billion over the next four years was proposed, which is expected to further rev up construction jobs in the region.

“The heavy spending on road infrastructure, along with the rollout of the National Broadband Network (NBN), will continue to drive up demand for real estate on the city’s fringes, the Adelaide Hills and the Fleurieu Peninsula,” explained Mr Trimble.

It has recently been reported that the fear of missing out (FOMO) caused buyers to quickly snap up properties they could lay their hands on.

However, Mr Trimble reported that for the past year, demand for rural and regional South Australia real estate was driven by SOMO (sick of missing out) purchasers rather than FOMO buyers.

He described these SOMO buyers as “tired of searching online for properties or visiting open homes and were prepared to pay more to achieve a result”.

In closing, he briefly described the phenomenon which, he thinks, will further push the state towards positive growth: “People tend to relocate from the city to the urban fringes. Those living on the city fringe then tend to relocate to the Adelaide Hills, and those living in the Hills move to regional SA. This concentric circle relocation trend will continue in 2022.” 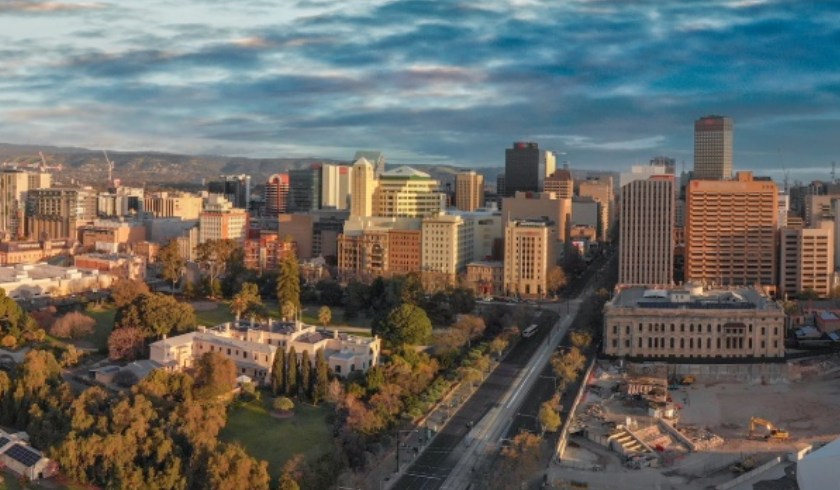