Aussie property vendors are now making $270,000, on average, for every sale, according to a recent study. CoreLogic’s latest Pain & Gain report revealed that Australia had reached its “highest level of profitability in more than a decade” by hitting a 92.4 per cent profit-making resale rate for the September quarter, which is a 50-basis point increase over the previous quarter.

CoreLogic’s head of research and report author Eliza Owen has described the figures as exceptional performance despite onerous lockdowns in Sydney, Melbourne, and the ACT.

Resale transactions did slide down to 99,000 from 106,000 in the June quarter, which Ms Owen attributed to social distancing restrictions that limited physical inspections and, in effect, resulted in fewer transaction activity in Melbourne.

When it came to total resale earnings at the national level, the total resale profits were $27.3 billion, while the national median loss was -$37,000, or -$368 million. Ms Owen has noted that both the overall value of profit and loss decreased during the quarter, albeit total losses dropped faster than total profits.

Like the June quarter, the hold period for resales was 8.8 years in the September quarter. Ms Owen sees the hold period increasing as the market reaches its peak and owners realise they can get more bang for their buck if they hold on to their property longer.

Owners who opted to resell their property after less than two years earned a median gain of $120,000.

Those who opted to hold on to their property longer were able to grow their money.

The report author underscored the impressive resale figures from the regions, which recorded a 93.1 per cent resale rate. The combined capitals are not too far behind, with a profit-making sales rate of 91.1 per cent.

“Reflecting where we’ve seen values surge the most over the COVID period to date, sea change and tree change properties proved among the most profitable over the quarter,” Ms Owen stated.

Bendigo emerged with the greatest profit-making potential among the SA4 regions, achieving a profitability rate of 99.8 per cent. Not far behind are Hume at 99.5 per cent, the SunshineSunshine, NSW Sunshine, VIC Coast and Ballarat, both at 99.3 per cent.

While the research head pointed at sea change and tree change markets as contributors to regional price growth, resource-based markets, which have previously seen higher figures of loss-making sales, are quickly recovering.

The cumulative incidence of loss-making sales declined from 32.5 per cent in the June 2021 quarter to 29.2 per cent in the three months to September throughout the six key resource markets studied by Ms Owen.

“In addition to low interest rates expanding the available credit for housing, increased economic output has led to a sharp increase in commodity prices and mining investment activity, which has supported employment and housing demand,” Ms Owen explained.

Houses remained more profitable than units with a nominal gain of 95 per cent compared to units at 86.5 per cent. Ms Owen has claimed the profit gap between the two markets is getting narrower.

The rate of profit-making sales is predicted to continue to rise in the coming quarters, as home values continue to grow across the country through the December 2021 quarter.

Ms Owen, on the other hand, encouraged buyers and investors to exercise prudence: “There are accumulating headwinds for property market performance in the coming months, in the form of higher supply of advertised stock, normalising interest rates, affordability constraints and the possibility of tighter lending restrictions. A downswing in Australian housing market values would ultimately impact the profitability of resales, particularly for recent purchasers.” 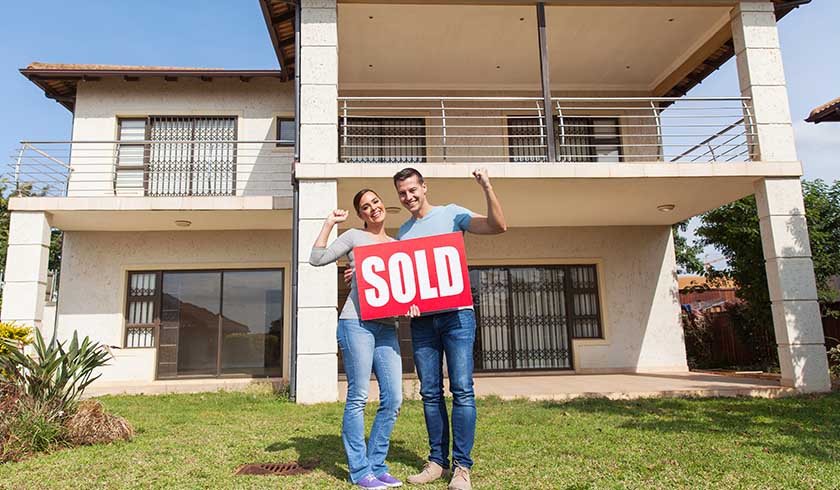