2022 may be the year for apartment investment, according to co-founder of BuyersBuyers Peter Wargent.

The re-opening of Australia’s international borders, combined with a lack of foreign investment in high-rise construction and a growing rate of young renters entering the market, are some of the driving factors behind an increasing demand for available rental properties.

“Reserve Bank of Australia research has previously shown that new migrants and arrivals to Australia tend to have only a limited impact on the housing turnover rate, because most new arrivals are renters initially, especially international students.”

In turn, Mr Wargent anticipates this will result in greater total returns for landlords and investors, having stated that investors and landlords can expect rental price growth to range from 10 to 20 per cent going forward, making now the prime time to purchase apartments.

It’s not the only benefit for investors, who could also see  future value growth range from 10-to-20 per cent for those buyers able to brave the short-term transitory noise surrounding apartments and focus on the potential long-term yields.

Highlighting recent apartment gains to illustrate his point, Mr Wargent has shown that the top two performing suburbs for 12-month price growth are currently both located on Sydney’s northern beaches. The suburbs of Dee Why and Manly Vale, with a median unit price of $1,101,702 and $1,112,797 respectively, have both experienced 35 per cent value growth across the last 12 months.

Joining them at the top of the list for top-performing suburbs in NSW for apartment investors are three suburbs in Sydney’s east, two in Sydney’s inner-west and two in North Sydney. 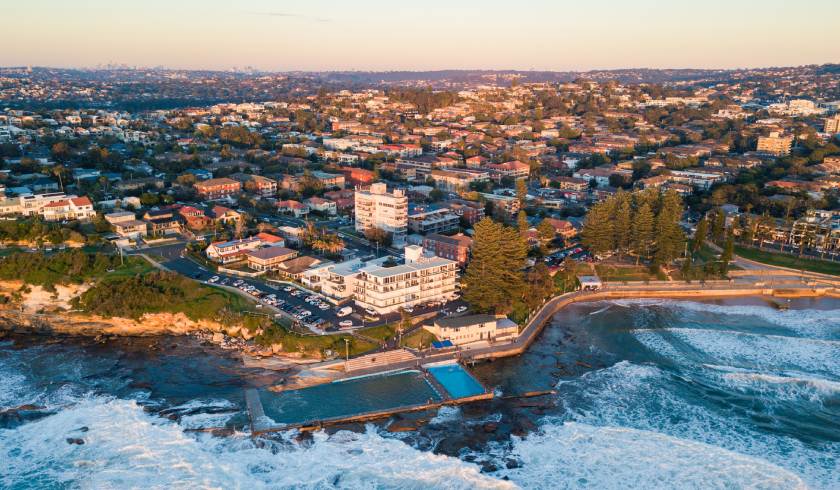