New data has revealed that while house prices are still rising in general, the national index’s growth rate has slowed since April of last year. According to CoreLogic’s national Home Value Index (HVI), house values increased by 0.6 per cent in February, its 17th gain in a row. However, it was the smallest growth since October 2020, falling from 1.1 per cent in January and a cyclical high of 2.8 per cent in March 2021.

CoreLogic’s head of research Tim Lawless said that every capital city and broad “rest of state” region is now recording a slowing trend in value growth, “albeit with significant diversity”.

Across the capital cities, Sydney and Melbourne have experienced the most significant slowdown.

For the rest of the capitals, conditions are not as pronounced, with some locations still seeing marginal growth.

“Conditions are easing less noticeably across the smaller capitals, especially Brisbane, Adelaide and Hobart, where housing values rose by more than 1 per cent in February,” stated Mr Lawless.

Brisbane and Adelaide’s robust market conditions are evidenced by their strong quarterly growth rate figures, with the former’s housing values seeing an increase of 7.2 per cent in the three months to February, while the latter’s housing values saw a 6.4 per cent rise.

In contrast, Melbourne housing values saw a slight increase of 0.2 per cent in the last three months, while Sydney housing values have increased by 0.8 per cent.

CoreLogic has reported the annual growth trend saw a turnaround in February, after the rise in house values slowed during the previous 11 months. From an annual growth peak rate of 22.4 per cent in January, home values have shrunk to 20.6 per cent the following month.

Like Brisbane and Adelaide, Mr Lawless said regional markets had been fairly protected from slowing growth, with five of the six rest-of-state regions continuing to post monthly gains in excess of 1.2 per cent.

Despite sustained high housing value growth in the regions, Mr Lawless has noted a decline in growth values from 6.4 per cent in the December quarter and from a cyclical high of 6.6 per cent in April last year.

What could be causing Australian housing values to lose steam?

The head of research pointed to a number of factors that have contributed to the easing of growth observed since April 2021, such as the rise in fixed-term mortgage rates, conclusion of fiscal support, and housing affordability concerns. 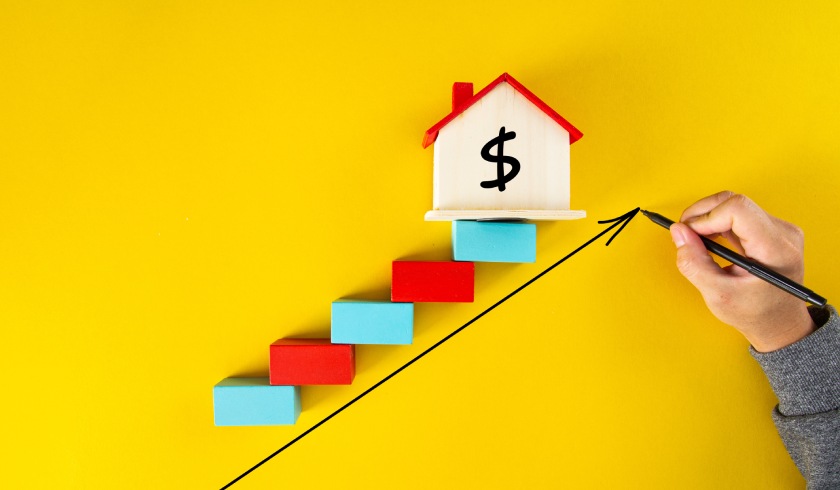