Number of NSW regions set to struggle with supply

Four regions within the state — the Hunter, Central Coast, Illawarra-Shoalhaven, and Greater Sydney — are lagging behind with regard to addressing housing supply issues, according to the new report. 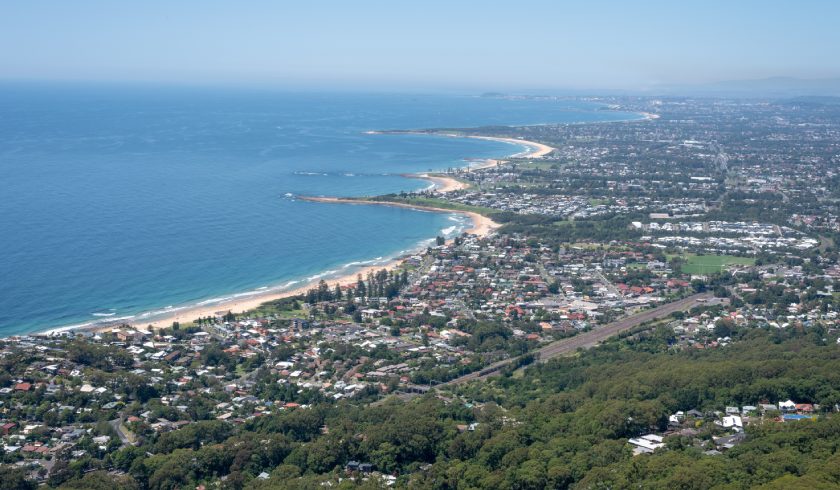 The Property Council of Australia report, produced in conjunction with Gyde Consulting, has illuminated a host of issues plaguing various property markets in NSW, which are outlined below:

Property Council’s Illawarra regional director Michelle Guido did acknowledge the fact that the region was tracking strongly to meet housing targets but implored that now is not the time to take the foot off the pedal, especially considering both rental and buyer markets are tightening.

“As demand increases, we need to continue supporting the delivery of diverse types of housing right across the region especially in light of increased population migration to the region and the after-effects of COVID,” Ms Guido said.

Crucial to maintaining current supply levels are additional resources and support from the government for local councils, which will be utilised to assist in planning approvals and mitigate the risk of delivery housing falling short against projections.

On top of this, Ms Guido urged the NSW government to provide additional support for the delivery of critical housing for key workers in Shoalhaven.

“In the Shoalhaven [area], we are seeing steady completions, however, this is slightly below the delivery requirement for the five-year period from 2016–2021,” she said.

“With the Nowra/Bomaderry greenfield areas set to boom over the coming years, more needs to be done by the NSW government right now and in the short to medium term to support the delivery of housing for workers.”

The Department of Planning and Environment (DPE) predicts that the region requires 58,000 dwellings between the period 2016 to 2041.

However, Ms Guido has called on the state government to “support local councils to deliver the critical housing and infrastructure we urgently need”, especially considering “there are housing supply shortages in both the buyers and renters’ markets and housing completions are not as high as we would like to see”.

A spike in population growth in the region has amplified calls for increased housing supply in the area in order to match growing demand.

Anita Hugo, the Property Council’s Hunter regional director, detailed that population growth in the region throughout the past five years has exceeded projected figures from 2019.

She did note that the region is looking likely to meet its 2041 housing targets; however, like her Illawarra counterpart, she called for the foot to remain firmly planted on the pedal with regards to housing production.

“Deliberate planning that enforces targets and encourages scalable supply of new housing based on serviceability will be critical. Improved data metrics will assist in determining the strategic alignment of the growth currently occurring in the broader region,” she said.

The DPE has predicted the region needs 84,700 dwellings from 2016 to 2041, at a rate of 3,380 dwellings per year, in order to match predicted demand, and while the area is on track to meet these requirements, the projected demand is currently lower than what is being experienced in parts of the region.

This will require an agile approach to housing that takes a strategic look at housing diversity, in order to match constantly changing population demands.

The report concluded that the Central Coast is dangerously close to not meeting identified housing requirements, with Ms Hugo elaborating that the drop in completions in 2019–20 highlighted a risk that the region would not meet its projected demand for 2016–2041.

“This drop in completions reflects longer term constraints around housing supply and delivery in the Central Coast,” Ms Hugo said.

“A greater emphasis is required on a coordinated strategic approach to housing in the region.”

While the housing needs of the Central Coast do not sway from those of other regions, she believes the region “requires a more nuanced approach to addressing underlying under supply”.

Ms Hugo called for the introduction of housing targets, the development of a local housing strategy and strategic assessment of future locations that align with infrastructure investments.

These would assist the planning system’s responsiveness to fluctuating demand, and without them, there is a risk that housing will continue to poorly reflect demand and preference in the region.

This increase highlights both the importance of providing enough housing to meet demand as well as the value of developing an agile and strategic planning system that allows supply to be scaled upwards and downwards.

Most concerning for the Central Coast has been a drop in completions initially felt in 2020, but that carried over into 2021, with the report outlining that if current completion rates continue, there is potential to create an undersupply of approximately 19,000 dwellings.

There are growing concerns that certain districts in Sydney are failing to deliver enough housing, with the Property Council’s NSW executive director Luke Achterstraat saying the report’s findings show an underlying deficit of housing supply in Greater Sydney.

Mr Achterstraat has called for housing targets to be in order to avoid the deficit worsening.

“Each year the dwelling targets are not met exacerbates this deficit and worsens the affordability crisis,” he said.

“Crucially, the current targets do not incorporate the deficit into dwelling demand, meaning that there is an underlying deficit that can persist, even when dwelling targets are achieved.

“Ongoing delivery of housing above the identified target demand is required to manage this deficit and ensure sufficient housing supply for Greater Sydney’s population.”

He commended councils in Western Sydney, particularly Blacktown, The Hills, Penrith, Liverpool and Wollondilly, where dwelling deliveries are exceeding the five-year targets set by the Greater Sydney Commission.

“It is important to note that these areas have a higher proportion of greenfield development than other parts of Sydney, and that while future projections may seem positive, the review of flood zoning and serviceability of new sites could lead to a curtailing of development in these communities,” he said.

However, he highlighted that with Western Sydney requiring the delivery of 25,530 dwellings per year, and current work falling 6,000 short of that mark, more work does need to be done.

“As greenfield housing opportunities decline, we will need stronger partnerships between state and local government to promote the careful planning and renewal of the region’s town centres.

“New housing in existing communities supported by fresh infrastructure and additional services has the opportunity to improve everyone’s quality of life,” he added.