On a budget? Take a look around the country and find out what kinds of property can be purchased in the sub-$700,000 range — and where you’ll get the most bang for your buck. 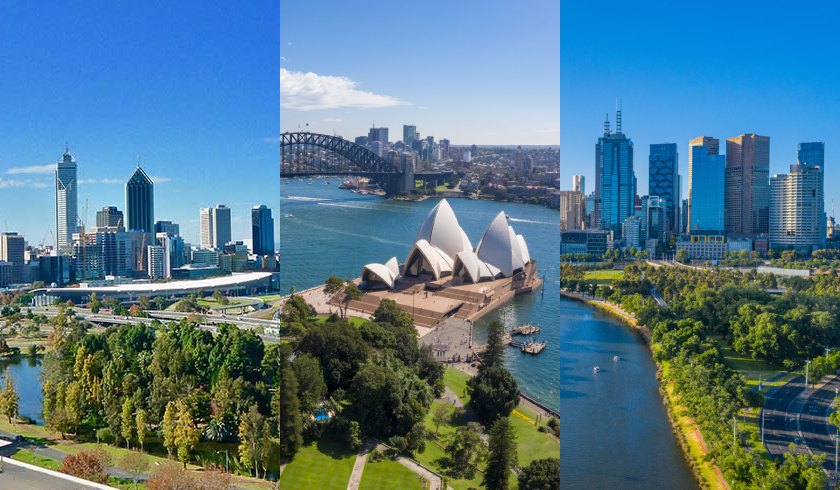 In its July monthly review, Herron Todd White has painted a picture of Australia’s diverse property landscape by highlighting what dwelling types can be purchased for $700,000 in each national capital.

We’ve outlined the group’s findings below:

As expected, there are slim pickings for buyers with a $700,000 budget in the NSW capital. In the city’s west and south-west, there are houses still available in the sub-$700,000 category, thanks to suburbs in the Liverpool, FairfieldFairfield, NSW Fairfield, VIC Fairfield, QLD and CampbelltownCampbelltown, NSW Campbelltown, SA local government areas (LGAs). Further west around the Parramatta and Penrith regions also have homes available below this threshold.

Buyers looking at suburbs closer to the central business district and the city’s beaches will find either units or houses under the $700,000 price hard to come by, especially considering the city’s median house price was $1.4 million at the conclusion of May, while units ended the fifth month with a median valuation of $830,000.

Unlike Sydney, $700,000 in Melbourne will provide buyers with the keys to a variety of property types, from units and townhouses right through to detached homes, especially on Melbourne’s urban fringe in areas such as the city’s south-east, in suburbs like Pakenham and Clyde, and the inner and outer north and south regions.

Within the inner areas of the city, including the CBD, a $700,000 budget is able to fetch prospective buyers a small range of apartments, with two-bedroom units fetching an average sale price of $591,250.

When compared to three years ago, $700,000 in 2022 purchases far less in Brisbane. As with the aforementioned capital cities, the closer to the CBD a buyer is looking to purchase in, the slimmer their dwelling options are. At this price range, Brisbane’s inner suburbs can provide two-bedroom units below the $700,000 threshold.

In the city’s southern and western regions, $700,000 places you firmly in the market, allowing buyers to purchase detached homes in good locations within close proximity to a number of services, such as Cooper Plains, Acacia Ridge and Sherwood.

Due to the South Australian capital’s relative affordability, with median house prices sitting at $650,000 in the March quarter, a $700,000 budget stretches a long way. In areas like the city’s inner ring — like Linden Park — prices do top out around this price point; however, progressing into the outer ring could mean $700,000 can represent the top, middle or bottom of the markets in any suburb.

Much like Adelaide, $700,000 provides buyers in the West Australian capital with a range of dwelling options in various locations. In places such as Mandurah, 1,000-square metre development sites can be purchased for this price, while mid-sized dwellings on comfortably sized lots can fetch a price of between $300,000 and $400,000, and this theme of decent-sized lots for great value is a common theme throughout the capital. In some regions of the north-eastern area, like Toodyay, this price threshold can purchase more than one property, with a quarter-acre block tending to sell for $400,000.

For this price range, the Northern Territory capital has a number of properties available in a range of suburbs; however, these offerings are reportedly becoming fewer and fewer. Places like Ludmilla and Parap in inner Darwin, and Nightcliff and Rapid Creek in the city’s northern beaches fall under this umbrella.

However, the report did stipulate that any properties purchased below this price threshold wouldn’t be the finished product and will often require further investment in the following years in order to maintain value, especially given the premium placed on renovated homes in the city.

The nation’s capital, much like its neighbour Sydney, has seen prices climb massively in the pandemic years, which means that, with a median house price of $1,124,952, options in the sub-$700,000 range are limited. Despite that, units throughout the city can see prices range from $354,000 for a one-bedroom in Greenway, through to $653,000 for a three-bedroom apartment, also in Greenway.

Taking a wider look at the capital’s market, the median unit price is $564,984, meaning there are still options and value to be achieved for buyers and investors alike.

There is a wide range of options in the sub-$700,000 range in Hobart, from former-government houses with standard fit-outs that can sell at the mid $400,000 price through to renovated, two-bedroom freestanding villas in the northern suburbs, or a freestanding dwelling in BrightonBrighton, SA Brighton, VIC Brighton, TAS Brighton, QLD or New Norfolk.