The value of new lending to households rose by 3.9 per cent in July 2019, reaching levels not seen since October 2014, new ABS data has shown.

New data released by the Australian Bureau of Statistics (ABS) has shown that the total lending value for home loan approvals increased by 3.9 per cent (in seasonally adjusted terms) in July 2019, following a rise of 1.9 per cent in June.

The latest Lending to Households and Businesses report for July showed growth in lending to both owner-occupiers and investors.

Similarly to the results in June, the rise in mortgage lending was largely driven by owner-occupiers, which increased by 5.3 per cent in seasonally adjusted terms.

The data showed that property investors have also entered back into the market after a year of decline.

Finance commitments for investors increased by 4.7 per cent in July, building on the first green shoots of growth reported in June 2019, when investor lending grew for the first time since July 2018 (rising by 0.5 per cent).

The number of loans provided to owner-occupier first home buyers (FHBs) also increased for the fourth consecutive month, up 1.3 per cent from June.

Levels of refinancing volumes also increased across the board (by 5.4 per cent in July), in light of back-to-back cuts to the official cash rate by the Reserve Bank of Australia (RBA).

Meanwhile, the value of owner-occupiers refinancing their mortgages increased by 6.4 per cent, while investor refinances increased 3.5 per cent.

The refinancing of personal loans increased by 4.3 per cent on the month previous.

Referring to the data, ABS chief economist Bruce Hockman said: “In July, growth in new lending commitments to households was the strongest since October 2014.

“For the second month in a row, there were particularly strong increases in the level of new lending commitments for owner-occupier and investment dwellings.

“Despite this recent turnaround, both series remain down from their respective peaks in 2017,” Mr Hockman said.

Several commentators have also noted the figures. Economist for the Housing Industry Association Angela Lillicrap commented that the data showed continued growth in lending for FHBs, as they “take advantage” of a “less competitive environment and more affordable house prices”.

“First home buyers account for just under one-third of the total market. The continued growth of this segment is important for the broader housing market,” she added.

“Given the lag between loan applications and final approval, it is unlikely that the full effects of the tax cuts and the two RBA rate cuts will be seen in the figures released today. These changes should lead to more positive data as the year progresses,” concluded Ms Lillicrap.

Likewise, Sally Tindall, research director at RateCity.com.au, shared a similar sentiment, stating that she believes the spring property season is due to bring about great opportunities for borrowers, given the federal election result and regulatory changes from the Australian Prudential Regulation Authority.

“Interestingly, this is the first month that factors in APRA’s axing of its 7 per cent serviceability floor. It’s likely that part of the bounce can be attributed to this, and we expect it to continue to have a positive effect on the market.

“However, Australians are still on the sidelines when it comes to fixing, despite banks’ best efforts to attract new fixed borrowers onto their books,” she said.

Ms Tindall concluded: “It’s not surprising that a lot of Australians are now opting not to fix their home loan rate in this climate when the RBA has made it clear there could be one, if not two more rate cuts to come.

“There are now dozens of lenders offering fixed rates below 3 per cent and as low as 2.74 per cent for owner-occupiers paying principal and interest, especially if they have a decent amount of equity in their home. 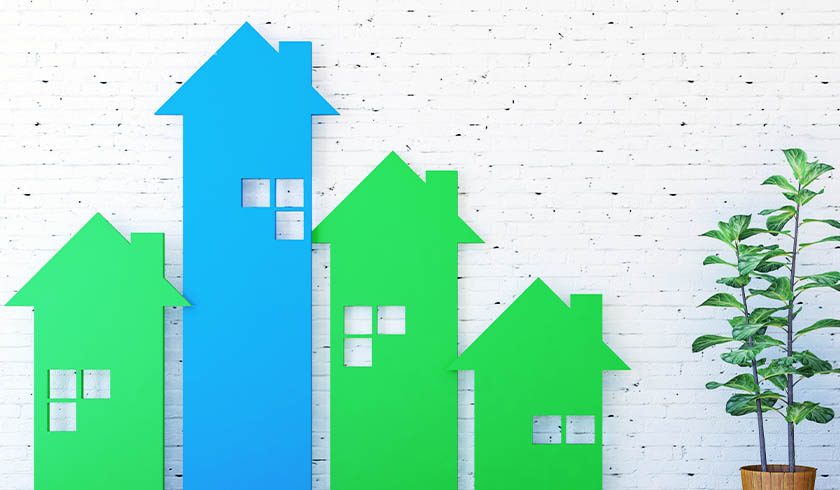