Investors are advised to be cautious after a real estate sales agent recently discovered a “fake” tenant in a Beeliar property. In a statement to the market, commissioner for Consumer Protection Penny Lipscombe warned that a real estate sales agent who was showing a prospective tenant a rental property in Beeliar recently was surprised to discover that someone had changed the locks and had already moved in without the authority of the owner.

“The tenant moved in after responding to a rental accommodation advertisement on Gumtree which ended up being fake,” Ms Lipscombe explained.

“He paid $2,000 to the scammers via a money transfer service as a deposit for the tenancy which was advertised at $340 per week, $30 cheaper than the real asking price.

“The scammer pretending to be the owner said he was overseas so couldn’t hand over the keys for the property so suggested the tenant contact a locksmith to change the locks, which he did. The scammer also spoke to the locksmith, assuring him that he was the owner and giving him authorisation.”

Ms Lipscombe said the tenant hadn’t realised he had been scammed until the agent knocked on the door for a viewing by a prospective tenant. The agent and owner have allowed the tenant to stay in the home, but at the higher rent of $370 per week, she noted.

Rental accommodation scams are becoming increasingly common, according to Ms Lipscombe, who noted eight victims in the state have reported a total loss of $16,000 in the past two years.

“Consumers need to be wary when responding to rental ads on sites like Gumtree, especially when the person claiming to be the agent or owner makes up an excuse for not being able to meet them at the property to view it and suggests as an alternative that you change the locks,” Ms Lipscombe said.

“Be extra cautious when the person asks you to pay money upfront for a bond or rent in advance and for the money to be sent using untraceable methods such as a money transfer service.

“Many victims of these scams are often people who arrive in WA from interstate or overseas, such as workers or students, who think their accommodation has already been organised. Unfortunately they find that the property they thought they had rented is already occupied, with the owner knowing nothing about them. Not only are they left homeless, they are left out of pocket as well.

“To be safe, we would recommend people who are renting properties unseen to go through a licensed real estate or property management agency rather than responding to ads on the internet. That way they can be assured the property being offered is a genuine rental.

“Often the photos in these fake ads are stolen from legitimate ads of homes that are offered for sale or rent. A quick search of the address might uncover the real ad and alert people to the scam.” 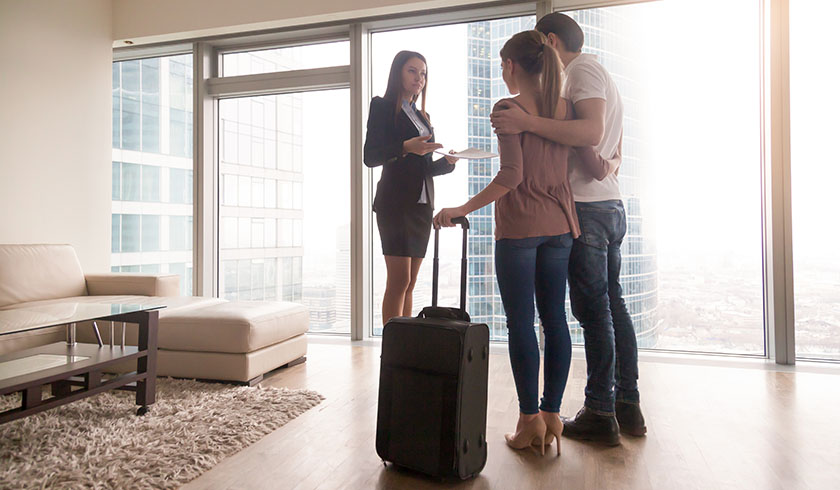