Why investors should care about $10m more for Tasmania’s Devonport

The high-growth state of Tasmania offers investors lucrative possibilities, but with the announcement of more funding going towards Devonport, should investors be jumping into this market? One expert says yes, but it might not be for the reason you think. The government announced an additional $10 million in funding towards the urban renewal of regional Tasmania for the Devonport Living City project, which prime minister Malcolm Turnbull described as supporting tourism opportunities, art and food experiences.

When the master plan is implemented, it is predicted to generate $112 million annually.

“Tasmania’s North West is a thriving regional economy and we want to back its plan to keep growing businesses, creating more jobs and more opportunities for locals,” Mr Turnbull said.

This all sounds like a great plan – Australia’s highest growing state is set to see even more funding – but it is important that investors should not be investing based solely on this announcement, according to Simon Pressley of Propertyology.

“It's an important thing to Devonport. In a nutshell, it's a major urban renewal project for their CBD. Devonport’s a big port city in the north of the state,” Mr Pressley said to Smart Propertyology.

“Tourism in Tasmania has been strong for some years and as far forward as any of us can project, that’s only going to increase, but they’re no longer just going to Hobart.”

However, the funding to regional Tasmania has been announced since at least 2015 with $10 million of funding from the government for stage one of the project, while actual action for the project has been minimal.

“Like anything, whether it’s federal government, state government or local, there’s often a big lag time from when something’s announced to then they double check, ‘Are we really going to do it?’ And then even when they approve it, it’s often some years before they start spending,” Mr Pressley said.

Mr Pressley said that the funding will have an impact on the Tasmanian economy, which will then funnel into property prices, but he said investors should take heed when hearing the announcement of funding for any large infrastructure project.

“I’d say with this project and with any project, generally speaking, a project anywhere has a positive impact on a property market, because it creates jobs, but no one should invest in any location just because of one project announcement.

“It might be, whether it's this specific location or anything else, the discovery of a project announcement might be the initial cause for an investor to go, ‘Ah jeez, I hadn't heard about that!’ and then start investigating.

“The key is they need to investigate. You still got to look at other fundamentals of that location.”

Jumping into a location based on just a single announcement, Mr Pressley said, would be just engaging in speculation.

That is not to say that Devonport is not worth investing in; in fact, quite the opposite, as Mr Pressley said Devonport had many of the fundamentals of a good investment.

“Housing supply pipeline, it’s well contained, whereas lots of capital cities, including Sydney, we can’t say that about currently, so it’s broader economic outlook, it’s quite positive. So, the fundamentals are still quite solid. It’s worth someone investigating further.” 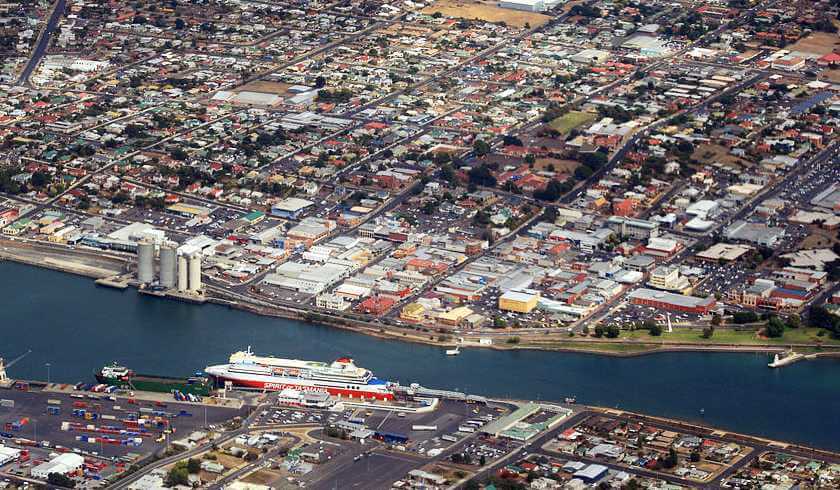