While off-the-plan property is consistently in supply, one property commentator has reminded investors that it comes with many risks attached.

Property commentator Anna Porter, principal of Suburbanite, has claimed that the risks of buying into off-the-plan properties outnumber the advantages of investing into such a development.

“Risk with off-the-plan property is huge as there’s uncertainty around lending and changes can occur without any notice. If you buy a property off the plan today and it needs to be built, chances are it won’t settle for one to two years,” Ms Porter said.

“The settlement risk is that lenders won’t give you your final approval for the loan until 90 days out of settlement. So, if your financial circumstances have changed, the lending policy changes or the market itself changes, you may not be able to secure that loan prior to settlement.

“We see it all the time, quite regularly actually. The buyer then has to walk away from their 10 per cent deposit or try and get the money some other way.”

In addition, Ms Porter warned investors to ensure they check the fine print of the contract, as some may offer a required deposit of five per cent (or even require no deposit at all), but include a cause where, if the purchase is defaulted, the developers are entitled to a whole 10 per cent.

“So, watch the fine print in the contract and don’t think that just because you’re not paying a full deposit that you won’t be liable if you don’t settle when it is time,” she said.

“It’s not just the deposit; they can also then pursue for any costs associated to resell it — which are their marketing fees, legal fees, additional interests, additional costs — such as if they can’t sell it for the same value you would have paid for it, they can pursue you for the difference.”

The next major risk Ms Porter identified is the introduction of many similar properties being introduced to the market, which would mean investors who buy into off-the-plan would be missing out on a differentiator between them and other similar properties.

“So, if you have a think, today you might be buying an off-the-plan two-bedroom unit, and by the time it’s finished, there’s not only that building finished but tonnes of others finished around it, and you could be one of 200, 300, 400, 500, two-bedroom units going to the market for rent,” she said.

“This puts downward pressure on your rental returns as an investor, or you might be one of many going to the market for sale, and if buyers have a lot of options that are very similar, buyers aren’t going to pay premium prices, which is actually pulling back your value just by the oversupply factor alone.”

Build quality in the spotlight

Currently, off-the-plan properties have been brought back into the spotlight, particularly in NSW, through the Opal Tower situation at the end of 2018, followed by the Mascot Towers situation in June 2019.

For Ms Porter, these situations highlight a risk with off-the-plan property.

“You really don’t know the quality of the building if it hasn’t been built yet. We’re seeing now with the Mascot Towers and a number of other buildings which are really bringing it to the forefront of the conversation that building defects are a costly and real thing,” she said.

“A number of years ago, the government didn’t have a lot of regulatory control over the warranty developers had to offer. We knew back then that there would be some fallout, as it meant developers could really relax the standards knowing they won’t be accountable for this, and we’re starting to see the fallout.

“I’ve seen all too many unit blocks with water defect problems, and even a good developer with a good track record could end up with one bad tradie on site or one bad water proofer, one bad plumber that unravels the whole thing for them and they don’t realise the work has been done at a lower standard and then this is the development that everything goes wrong on,” Ms Porter warns.

Alternatively, Ms Porter recommended investors buy established property instead, noting it is easier for an investor to do their due diligence with a built property, as opposed to one that has not been built.

“With established stock, you can get a pest and building report done,” she said.

“People have lived in it already, so you know if the water proofing works or not. You can see how the market is performing based on what’s already there and what’s established, so there’s no guessing games on what the future might hold for the area.” 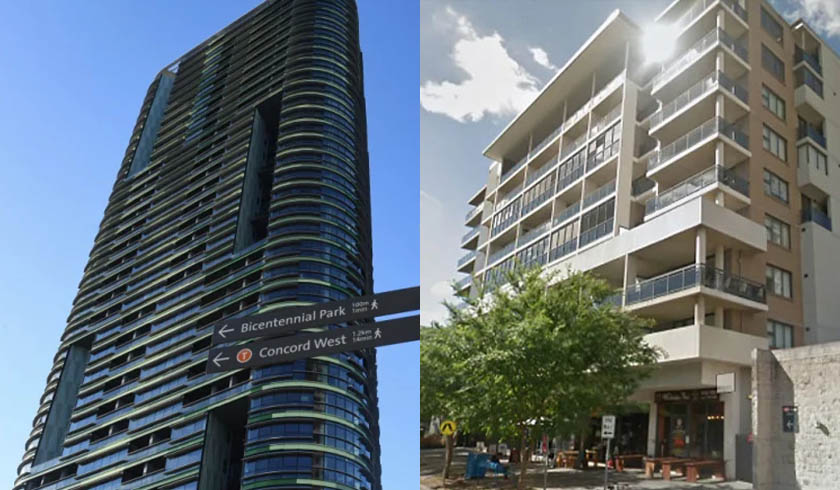 share the article
5-point checklist when buying an apartment as an investment
How far can a $500,000 budget get you in Sydney?