Looking to invest into a market with a set budget can create a real challenge for a property investor, especially in some of Australia’s hottest markets. Here’s what you can find with half a million in your pocket. Buying low and selling high is the goal of any smart property investor, but limiting yourself to a budget can be a tricky exercise.

Property valuer and advisory firm Herron Todd White has analysed key markets in its latest monthly Property in Review report for July, which looks at how far a budget of $500,000 can take a property investor.

In metro Sydney, the report found that trying to find property at or below $500,000 is difficult, but the last two years have made this exercise more possible due to the market softening.

However, purchasing property within this price range comes with a caveat, the report warned.

“When buying property at this price point, purchasers will still have to sacrifice in some aspect, be it location, commute time, accommodation or the overall condition and features they desire,” it said.

Western Sydney contains the most properties at or below $500,000, but bargains can be found throughout the greater Sydney area, as long as investors are not averse to purchasing units.

Parramatta holds some potential for buyers with a budget of $500,000, with one- to two-bedroom units on offer, while Penrith has two-bedroom units, three-bedroom townhouses and detached houses all available for under $500,000.

These houses, however, are located on irregularly shaped blocks or on busy roads, but some renovations can add to their value in the long term.

West Ryde would normally not be included on this list, but the current market softening has put one-bedroom units on the market for around $400,000, especially those close to amenities.

The widest range, however, can be found in CampbelltownCampbelltown, NSW Campbelltown, SA, according to the report, which includes three-bedroom detached houses, one- and two-bedroom units, as well as villas and townhouses.

Budget investors looking into newer estates will only find land for the most part, particularly in north-west Box Hill, south-west Austral and North Richmond.

Going into the Inner West with $500,000 will see investors limited to a few studio and one-bedroom apartments, the report stated.

Marrickville, for example, had a one-bedroom unit go for $455,000 in June this year with an estimated annual return of 4.5 per cent.

By comparison, a similar unit was sold for $570,000 in March 2017, which the report considered to be just before the peak of the market.

A budget of $500,000 will generally restrict you to studio and one-bedroom apartments within this region of Sydney. In comparison to this time last year, there are probably slightly more properties for sale in this price bracket; however, it is still relatively slim pickings.

Meanwhile, there were no houses in the $500,000 bucket – the closest was an Erskineville one-bedroom cottage which sold for $720,000 in May.

Investors looking for a buy at $500,000 in the Northern Beaches will have some difficulty, the report noted, but there are still some smart plays at hand.

Examples here include Narrabeen, Balgowlah, Avalon and Dee Why; some units in these suburbs sold between $425,000 and $450,000 between April and June with yields of up to 5 per cent.

Those looking for a house, however, will be out of luck, with the cheapest house sale selling for $850,000 in Beacon Hill.

Here, only studio or one-bedroom units are available in this price bracket – and houses are simply out of reach.

Maroubra saw a one-bedroom, one-bathroom unit with one car space sell for $385,000 in May 2019 and is representative of what property investors can expect to purchase on a sub-$500,000 budget, according to the report.

Meanwhile, one example of an affordable house that sold in the area was in Eastlakes that went for $860,000, as opposed to its median price of $1.3 million, according to PriceFinder, while similarly affordable houses can be found in Mascot for a similar price – a two-bedroom semidetached house with no car parks sold for $890,000, compared to its median of $1.27 million.

Looking for a bargain in the Southern Sydney area opens up a few more options. One- and two-bedroom units are available in St George and the Sutherland Shire. Mirrawee and Miranda are seeing new units entering the market, presenting future issue of oversupply.

For those targeting beach living, Cronulla also has one-bedroom, one-bathroom units available between $400,000 to $500,000, the report noted.

If investors are willing to raise their budget, houses can be found in St George and the Sutherland Shire in the high $600,000 bracket, but the report noted that these houses often come with some kind of flaw. 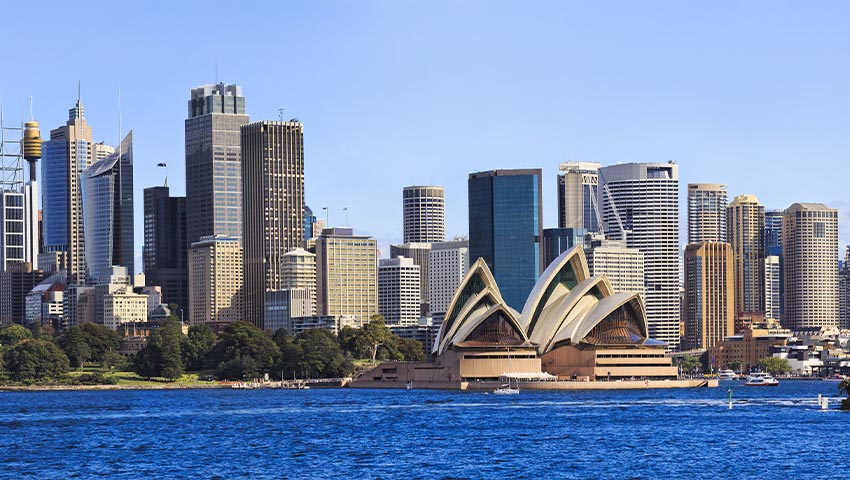