The sale of a luxury apartment in Melbourne has broken the record for the most expensive apartment sale in the city, and the second-most expensive sale across the country.

The apartment, a penthouse located in trendy St Kilda, was sold for at least $30 million (the exact price was not publicly disclosed). That is a 20 per cent premium on the previous Melbourne record.

It was sold off-market before the development’s public launch in June this year, with construction estimated to begin in 2020, with completion scheduled by 2022.

The penthouse itself is expected to sprawl over 650 square metres inside and 150 square metres outside, comprising seven bedrooms, seven car spaces with lift access, four living rooms, an in-home sauna, gym and two swimming pools.

Tim Gurner, founder and director of developer GURNER, said he originally had no intention of selling the penthouse until sales opened, but five buyers were interested, with two becoming competitive.

The buyer, which Smart Property Investment understands to be former Domain CEO Antony Catalano, paid an undisclosed amount for the off-the-plan penthouse, but Mr Gurner confirmed the apartment had an asking price of $30 million.

“It’s fair to say I am extremely happy with the result and I know our purchaser is also,” Mr Gurner said.

Sean Cussell, the agent responsible for the sale, said that the buyer was following market trends of families moving away from homes, which in this case is a waterfront Melbourne mansion.

“The couple will be moving their large family into the seven-bedroom penthouse, which is a trend we are seeing more and more as Melbourne families sell their traditional established homes in favour of the convenience, comfort, amenity and security of a modern building,” he said. 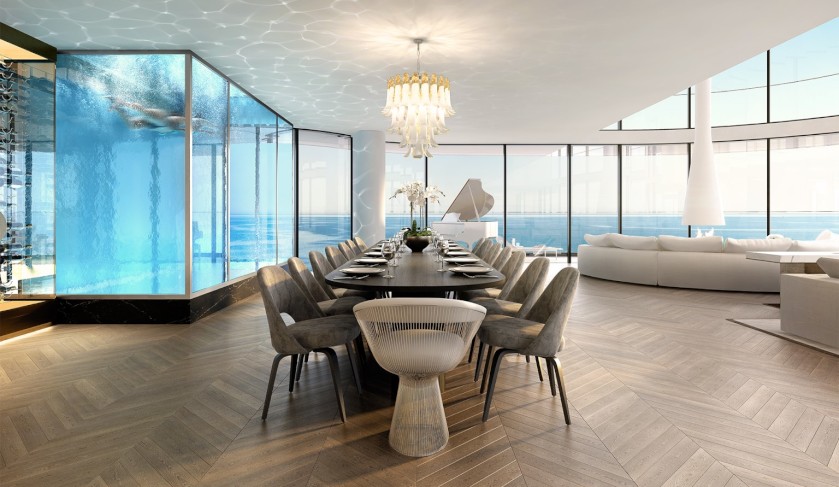