The announcement of the southern hemisphere’s largest indoor waterpark means a lot of attention will be placed on one Melburnian suburb. Dingley Village, located 22 kilometres away from Melbourne’s CBD, will bring a large-scale injection into the local economy with the establishment of Zagame’s Wild Water Park, which is being planned by companies Pellicano and Zagame to be the southern hemisphere’s largest indoor waterpark.

With $100 million being placed into the project, the waterpark is expected to create 1,184 new full-time jobs in Dingley Village as well as the area of the city of KingstonKingston, QLD Kingston, ACT Kingston, TAS. Over one million visitors are expected to visit the area per year.

The water park will also include educational opportunities for the local community through a freshwater aquarium and exhibits, including a community vegetable garden for children, as well as providing tours on environmentally sustainable water management technology to engineering students at universities.

Speaking to Smart Property Investment, Michael Care of Barry Plant Group said the announcement was quite exciting for the property market of Dingley Village.

"Ultimately it's going to draw more attention to the area, more residents to the area to obviously come and enjoy the facilities of Dingley, so the infrastructure should continue to improve," Mr Care said.

"The demand for the area becomes more of a draw card for people to come."

“With both companies established in Victoria, we embrace any opportunity to position our home state as the place to be, and we’re excited to witness the economic benefits a major tourism project such as this will deliver to our home,” Mr Zagame said.

“Upon completion we will not only be opening our doors to leisure and fun seekers but to primary, secondary and tertiary students who will benefit from behind-the-scenes exposure to the best-practice engineering and technology which will be on display.”

“We look forward to working closely with Zagame, the people of Dingley Village and the wider City of Kingston region to deliver a facility that provides safe and educational fun for all-ages,” Mr Pellicano said.

The water park is planned to include a 180-degree semi-circular, stand-up surf pool, a wave ski-slide with video controls and a “lazy river” that is said to traverse both indoors and outdoors. 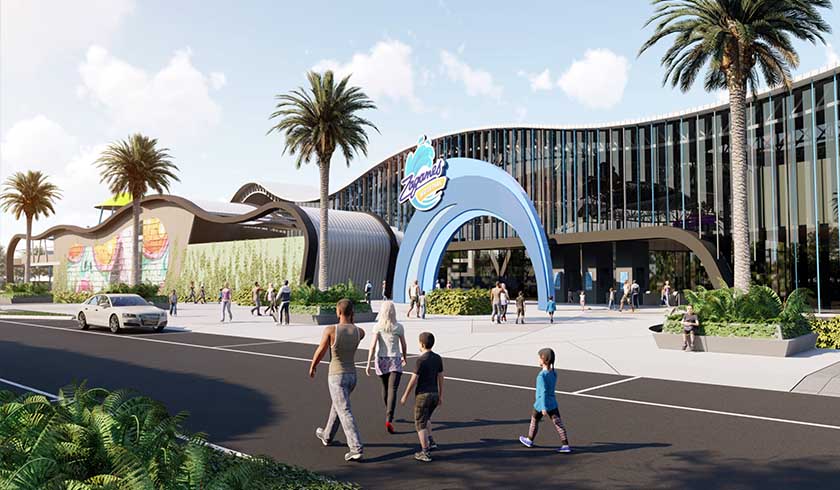