Previous calls for governments to look into what some are calling a building insurance “crisis” have increased, with one industry body calling on the multiple levels of government to come together or risk stopping new supply dead in its tracks.

The Property Council of Australia and its CEO Ken Morrison have called for the Commonwealth and state and territory governments to come to a roundtable in order to resolve issues in the building and construction sectors.

According to a statement from the Property Council of Australia, the issue lies not with the National Construction Code, as this covers new buildings, but cladding in existing buildings, as this is “covered by a range of inconsistent and incompletely enforced state and territory regulations and guidelines”.

As a result, the statement from the Property Council of Australia claimed that it is “almost impossible” for building owners to get affordable insurance and start planning how to fix their buildings, and the insurance that is available has been quoted in the range of hundreds of thousands of dollars.

Mr Morrison said different levels of government have taken too long to instate a national standard for building regulation and cladding compliance.

“The cost of this intergovernmental merry-go-round is now being sheeted home as building certifiers are unable to do their jobs without insurance cover,” Mr Morrison said.

“This impending insurance crisis risks bringing the construction sector to a halt if it is not addressed urgently.”

The potential for construction to stop through a lack of overall building construction insurance is something that insurance expert Sharon Fox-Slater, managing director at EBM RentCover, has also seen in the current market.

“Because of some recent events that have occurred, it’s obviously becoming really difficult for construction companies to obtain appropriate cover. And where they can get cover, it’s becoming so expensive that they can’t afford to take it,” Ms Fox-Slater said.

“If buildings are going up and construction companies can’t get insurance, that’s a pretty big risk that not many people are going to want to take.

“Effectively, insurers are pulling out of that market because of the sorts of losses that are occurring, so it’s definitely an issue for the industry and it’s something that does need to be looked into.”

Although the industry has been supporting a uniform approach towards construction, the government has been too slow to respond, according to Mr Morrison.

“Public confidence in the built environment, not to mention the hundreds of thousands of jobs supported by building and construction, demands this level of action from our governments,” he said.

What needs to be done

Mr Morrison said that the federal government needs to actively work towards bringing state and territory-based governments together “as matter of urgency” in order to address the current insurance issues and to move towards taking on the recommendations in the Shergold-Weir Building confidence report, which provided 24 different recommendations across the building industry.

Specifically, a statement from the Property Council of Australia outlined that the government needs to:

Insurers around the world have withdrawn exclusion-free professional indemnity insurance for building certifiers and other professionals, including engineers and architects, in the aftermath of fires involving combustible cladding products. For building certifiers, this has precipitated into a real crisis with building surveying firms now facing closure because they cannot secure affordable or workable insurance policies. 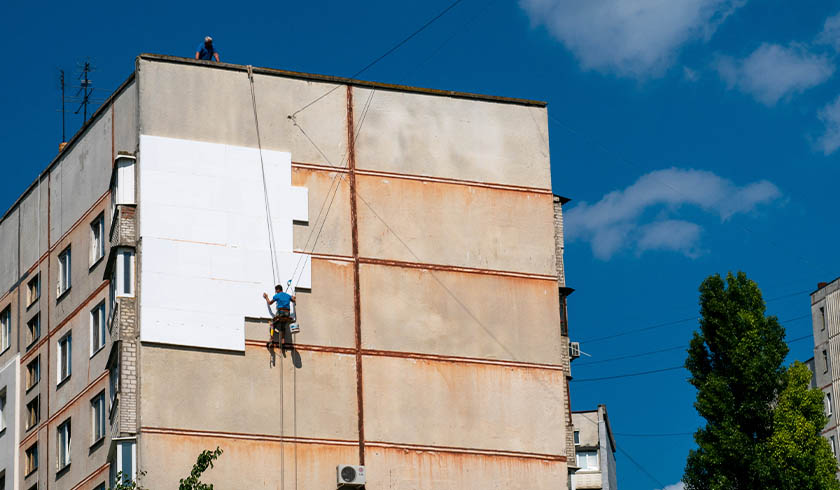 Last Updated: 01 July 2019 Published: 01 July 2019
share the article
Experts divided on ‘crisis’ in Australian construction
Can you see cranes from your investment property? There’s something you should know