When property experts give back their prosperity When property experts give back their prosperity

Property investors are fairly lucky to be able to invest into property, to the point that such luck allows them to give back to society. We chat with a few property experts to know about their charitable exploits and their reasons for doing so.

Helping those who need it most is an admirable act no matter how it’s done, and no matter who does it — someone who has been giving back for years or someone giving for the first time. We found two people at both ends of this spectrum who found their success in property and then felt compelled to give back.

Giving for a while

Helen Collier-Kogtevs is the founder and managing director of Real Wealth Australia, and she is also one of four women who started the ShaRM Foundation that operates in Vanuatu which focuses on community projects, mostly those involving school buildings.

After Super Cyclone Pam hit the nation on 13 March 2015, Ms Collier-Kogtevs and her husband felt compelled to help out, bringing with them tarps, food, clothing as well as a chainsaw.

“My husband and I started with a kindergarten. When I was walking through the villages, handing out the tarps, they showed me what they called a building which they ran a kindergarten for about 26 children and it emotionally moved me to the point where I couldn’t walk away and do nothing, so Ed and I personally decided to do what we could. We rebuilt that kindergarten,” Ms Collier-Kogtevs told Smart Property Investment.

“Because Vanuatu is a small community of expats, word got out as to what we were doing, and three other women decided to also contribute and wanted to do something, and the result of that was, we created SHaRM.

“SHaRM Foundation stands for — it’s for our names, really. So, S is for Stephanie, H is for Helen, the little a is and, and then you’ve got the R for Robin and M for Marg, and that was pretty simple, but that was the way in which we created the name of the foundation.”

These four women, who either lived in or visited Vanuatu, decided that as they had invested in the country, they should give something back in return.

Today, ShaRM is responsible for over 20 community projects, with calls for at least 15 more, which involve constructing or repairing schools, providing clothing for children, teaching locals how to sew, and the basket blong titty (Bislama for bras) initiative.

“We’ve imported close to a thousand bras over the time, and we’ve handed them out in [villages] because they’re too expensive to buy over there for the locals,” Ms Collier-Kogtevs said.

Additionally, some of the proceeds from Real Wealth Australia from property education in Australia goes to SHaRM to further its initiatives in Vanuatu, the MD said.

“I’ve run public events where I charge a fee for people to attend the event, and the money of that goes to SHaRM. I’ve run book sales online where people, if they buy a book or resources, I’ve donated all the money of that to ShaRM.

“We also have businesses that refer us business or that we refer them business, and with some of them, I donate all of the proceeds to SHaRM.”

Giving back for the first time

Not everyone can give to charity, but any amount raised for a cause is a good thing, no matter how frequent or infrequent. Long-time Smart Property Investment commentator Simon Pressley, managing director and head of research at Propertyology, has decided this year to attend the St Vincent de Paul Society’s Vinnies CEO Sleepout, where he will be sleeping out during one of the year’s coldest evenings to date to raise money for homelessness.

Mr Pressley had always wanted to attend the sleepout, but previously, life got in the way and by the time he seriously considered it, it had come and gone, the head researcher said.

“We’ve all got excuses in life because we’re all busy, but the hardest thing was actually, ‘I need to look into how you do that,’ because it’s not just rocking up on the night and sleeping. There’s a registration process and there’s a create awareness process and there’s let your networks know and not allocating the time to actually explore, that is why I haven’t done it before.”

In the past, Mr Pressley thought negatively of homeless people, with such thoughts as “bludger or druggo or criminal”, but now, he admits he is embarrassed he ever thought of people placed in a homeless situation like that.

“Often, it’s depression-related; loss of job, loss of loved ones, general lack of support in their life, no network, nowhere to go, end up on the street, and would be hard to find any great self-esteem when you’re doing that,” the research head said.

Mr Pressley is now participating in the Vinnies CEO Sleepout, and he is glad he is doing something about the issue of homelessness.

“Now I’ve got no excuses for doing this every single year.”

How and when you can give back

While both Ms Collier-Kogtevs and Mr Pressley have different avenues for charity, both said that it was important to give back only when you are in a position when you can give back, especially for first-time investors.

“I would prefer investors in their early days to hold off doing that. Help yourself first, help yourself to then help others,” Ms Collier-Kogtevs said.

“Trying to give to charity in that moment isn’t really helping you... helping them.”

Instead of giving right way, Ms Collier-Kogtevs said that investors need to plan out their future, and once investors see their cash flow turn out more positively, then instead of little bits of $5 donations, a $100 donation every month will feel both like a more substantial donation, yet not feel like anything in the grand scheme of your expenses.

“I think everybody should give back, but not at the detriment of your financial position and your living each month,” Ms Collier-Kogtevs said.

“Just because you can afford to buy an investment, a lot of people aren’t buying the right investments, so their cash flow is quite significantly depleted, so I would rather they would just hold off and gave more at the other end when they could afford it.

“I’m all for giving, but you’ve got to be able to afford to give, and I want people to give and give freely where it doesn’t impact them. So, when you donate the $100 a month, it’s like, 'Ah, it’s no big deal and I can easily afford it'.”

For those who are placed in a fortunate enough position, Mr Pressley said that while he does not feel comfortable telling others how to be charitable, giving back to society should be a goal.

“I think it’s a good thing… for all of us from time to time realise how fortunate we are, and for those who are prepared to help some others who are less fortunate, whether it’s this particular cause or any other cause, I think it’s a really nice thing to really be able to contribute back to society and make a difference in someone else’s life,” the research head said.

Read More
When property experts give back their prosperity 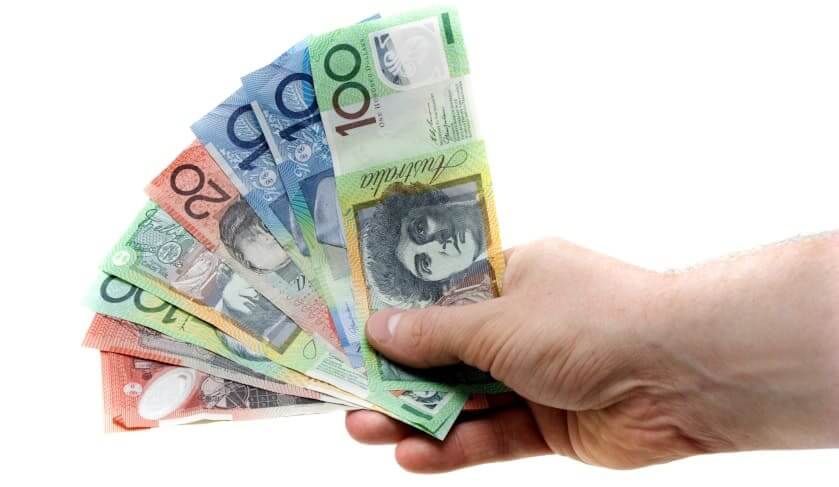