Where investors are finding cheap mortgages in 2019

Investors and owner-occupiers are both reaping the rewards of rate cuts and changes to mortgage assessments, new data has shown, as interest rates continue to drop. According to financial comparison site mozo.com.au, the average investor principal and interest (P&I) rate has dropped by 35 basis points since the RBA cut rates in June and July and following amended mortgage assessment guidelines, bringing the average investor P&I rate down from 4.76 per cent to 4.41 per cent.

How much investors are saving following the rate cuts

Speaking of the figures, Mozo’s property spokesperson, Steve Jovcevski, commented: “The RBA’s decision to cut 50 basis points off the official cash rate this year and the removal of the APRA cap on interest-only loans has warmed up the paddles of life for property investors.”

Mr Jovcevski also noted that investors with interest-only (IO) loans were also benefiting from lower rates, with Westpac having reduced investor IO loans by up to 35 basis points in June and a further 30 points in July.

However, he added that while the average interest-only loan for investors has dropped from its 5.12 per cent average two years ago (to an average of 4.69 per cent today), average rates are “still higher than [they were] before APRA introduced its cap in 2017”.

Mr Jovcevksi commented: “While this rate relief is welcome news for investors, compared to owner-occupiers, they are still in the hurt locker. At a time when rental returns are under pressure, it’s still difficult to lay a solid foundation for investing in property…

“The investor loan market still has a lot of room to move in the coming months,” he said.

How investors compare to owner-occupiers

The financial comparison website also noted that investors were still seeing markedly higher mortgage rates than owner-occupiers, despite APRA having removed its speed limits for investor loans earlier this year.

For example, it found that the average owner-occupier P&I rates sat around 3.99 per cent, 42 basis points lower than their investor counterparts.

Home loan platform Lendi has also recently noted the low-rate mortgages borrowers are able to access now, with the brokerage’s new Home Loan Report showing that the median owner-occupier P&I rate is now 3.64 per cent, its lowest level in 2019.

The Lendi Home Loan Report analysed more than 2,000 owner-occupier home loans settled between January and June 2019 and found that the median rate had been dropping steadily since its high of 3.81 per cent (in January 2019).

Moreover, the online brokerage found that borrowers who took out loans with smaller lenders were saving more money than those who settled with a big four bank.

According to the report, home owners who settled with a non-major lender in 2019 have a median interest rates that is between 5 and 22 basis points lower than borrowers settling with a big four bank.

Moreover, the median interest rate secured by borrowers for loans between 4 June and 12 July was found to be 3.45 per cent for non-major lenders, and 3.65 per cent for those with the big four banks.

The mortgage platform also found that more borrowers were turning to small lenders for their mortgages.

The analysis also found that the proportion of refinancers choosing a big four bank had fallen from 26 per cent in 2018 to just 19 per cent over the six months to June 2019.

Over the period, home owners refinancing their P&I loans settled with a new median interest rate of 3.76 per cent, an average interest rate reduction of 56 basis points.

Lendi co-founder and managing director David Hyman commented: “The appeal of smaller lenders is growing as they consistently undercut the big four to offer median rates that are up to 22 basis points lower than the big banks.

“The [banking] royal commission shattered trust in the big institutions, and now we are seeing more borrowers opting to go with less established or newer brands because savings are winning out over brand loyalty.”

Mr Hyman added that the RBA rate cuts had also seen a surge in refinance activity, with the platform recording a 52 per cent increase in the number of people visiting the site to refinance in June 2019 (compared to May 2019).

“Within hours of the June RBA announcement, refinance activity picked up,” he said.

“The July cut has seen this momentum continue as home owners look to reduce their monthly repayments.

“The cost of living is a serious issue for thousands of Australian households, and what we’ve seen since the RBA cuts is borrowers looking to ease the pressure rather than take on more debt.”

Read More
Where investors are finding cheap mortgages in 2019 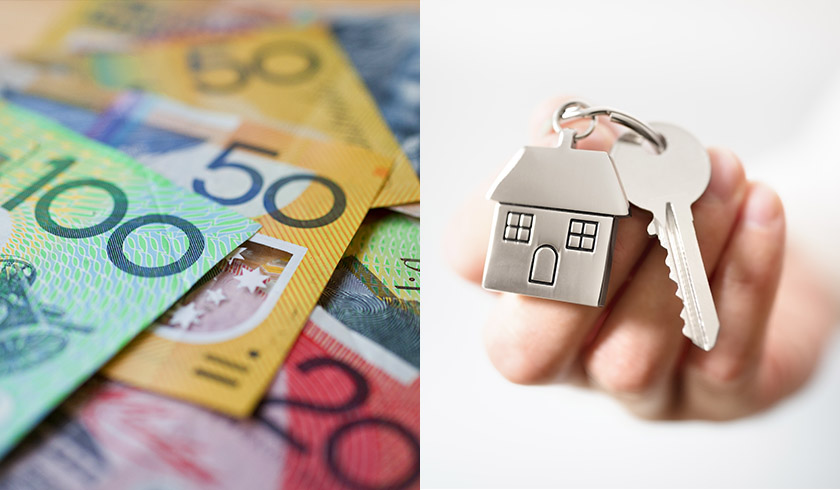