A Coalition MP has revealed that the 10,000-loan cap for the government’s FHB scheme was designed to appease LMI providers, in the heat of debate surrounding the details of the bill. The legislation to implement the federal government’s First Home Loan Deposit Scheme has this week passed through the Senate, despite the fact that vital information regarding how the scheme is to be implemented is absent from the bill.

The scheme is designed to help 10,000 first home buyers each financial year enter the property market with a 5 per cent deposit, with the government set to guarantee the difference of a standard loan deposit.

The legislation, which involves the amendment of the National Housing Finance and Investment Act 2018 to incorporate the functionality of the First Home Loan Deposit Scheme (FHLDS), was introduced to the parliament last month, and was officially passed through the Senate earlier this week.

The bill received bipartisan support, and passed through the Senate with minimal amendments, but not without rigorous debate from senators over the missing details in the legislation.

The scheme has received criticism both from the industry and within the parliament, due to the significant amount of information still unavailable about the practical implementation of the scheme, with many senators bringing this up within the discussion of the bill on Monday.

Said details of the scheme are due to be drawn up by an investment mandate for the National Housing Finance and Investment Corporation, however, as they are regulatory and not legislative requirements, will not be debated before parliament.

“[T]he bill in front of us does not have any real detail of the scheme,” he said.

Mr Watt used this reasoning to suggest the bill be amended with a shorter review period of 12 months, which was agreed.

Independent senator Jacqui Lambie also had concerns of the lack of information provided on the mechanisms of the scheme, and the fact that these details will be decided upon without the scrutiny of parliament.

“Treasury and NHFIC, the body that will provide the guarantees, told the committee that they are continuing to consult with stakeholders to refine the details of the scheme,” she said.

“A close read of the bill shows many of these key details will be formally set at a later date through a ministerial direction that is not disallowable by parliament.”

She went on to say: “Retaining parliamentary scrutiny over key aspects of this scheme is important.”

Greens senator for NSW Mehreen Faruqi shared a similar sentiment on how the bill has been passed through parliament.

“Core elements of the proposed scheme are totally missing from the bill. There is no detail on funding appropriation, the number of guarantees to be issued or eligibility; no legislated annual caps; and no price cap on homes or loans that will be guaranteed,” Ms Faruqi said.

“What’s more, the government wants to leave this crucial detail of the scheme to non-disallowable regulation, which means that parliament will never be able to scrutinise the details of this proposed scheme.”

One Nation Senator Malcolm Roberts said: “[W]e are voting to set up a scheme that we do not know how it will operate and over which we have no supervision.”

A key element to the FHLDS is the annual cap of 10,000 guarantees, a figure that does not appear in the legislation and is to be stipulated within the investment mandate.

Within the Senate, MPs argued that the 10,000 figure represents approximately one in 10 FHBs and 5 per cent of the overall purchasers who utilise lenders mortgage insurance (LMI).

ALP senator for SA, Alex Gallacher, provided evidence to state that the decision to announce a 10,000 loan cap in the lead up to the federal election in May was made without consulting the Treasury, nor any relevant research or industry bodies who could provide an appropriate cap estimation for the scheme.

“Apparently there are about 100,000 first home buyers in Australia and there are about 205,000 per year who use the lender mortgage insurance process to get into their new household,” he told the Senate.

Mr Gallacher, along with NSW senator Jenny McAllister, had personal discussions with the Treasury as well as the Australian Housing and Urban Research Institute in order to uncover how the figure of 10,000 was consolidated.

In a response that followed the above testimonials, Liberal Party senator Slade Brockman stated that part of setting the 10,000 guarantee cap within the investment mandate was consolidated in consultation with LMI providers, to ensure that their market share “is not significantly disrupted”.

“I think that is very important.”

Mr Brockman went on to compliment Mr Gallacher for his efforts in investigating the origin of the 10,000 guarantee cap, before continuing to reinstate the interests of LMI providers in the consolidation of the decision.

“As I said, one of probably the two key issues that came out of that inquiry was the potential impacts on the lenders mortgage insurance market,” Mr Brockman said.

“They were very clear that they did not feel that the 10,000 figure would have a significantly detrimental impact on the lenders mortgage insurance market.”

Effectiveness of the FHDLS questioned

Further debate revolved around the expected effectiveness of the FHDLS, due to the proposed income caps for singles and couples, the cost of living and buying in capital cities, and potential adverse effects on the property market.

Since its announcement back in May, industry players have had mixed reactions to the scheme, with concern around the limited information available on the scheme, and the extent to which it will assist in housing affordability.

After the bill was first introduced to the House of Representatives on 12 September, the Senate referred the provisions of the bill to the Senate economics legislation committee for inquiry, which sought out opinions from relevant industry and research bodies for the first time.

These bodies had quite significant criticisms to what is known thus far about the scheme.

According to the inquiry, The Grattan Institute believes schemes like the FHLDS, which “boost demand” are “well known to be ineffective”.

Analysis completed by the Grattan Institute suggested “even in the unlikely scenario that every one of those 10,000 [home buyers] each year couldn’t have bought otherwise, home ownership would only be 1 per cent higher after a decade”.

The Australian Housing and Urban Research Institute (AHURI) informed the committee that the scheme does little to address the lack of affordable housing available to first home buyers, and that its key function is to eliminate the need for LMI, which is rarely a barrier for purchasers entering the property market.

Additionally, research institutes agreed that the income thresholds provided are problematic in a number of ways.

The Urban Development Institute of Australia noted that a single person earning $125,000 per year with a 95 per cent loan-to-value ratio would currently be able to service a loan of $410,536.

A loan of this size would not be able to purchase a house in any capital city across Australia, nor a unit in Sydney or Melbourne. The loan size provided to couples earning a combined $200,000 would also price them out of owning a house in Sydney.

However, at the other end of the spectrum, many research bodies suggested lowering the income thresholds, so as not to service buyers who are likely to have access to the market anyway, due to the fact that paying LMI is not currently a “major barrier” to entering the property market.

The AHURI, Community Housing Industry Association, and Grattan Institute all recommended that a scheme of this nature (which waives LMI premiums) be specifically targeted at low-income earners who could not afford a sufficient loan with the cost of LMI.

AHURI’s executive director Dr Michael Fotheringham sees the current scheme favouring FHBs that would already be able to purchase a home, and likely creating a bottleneck of sorts, each time the 10,000 cap resets.

“There’s a further risk that they then start gaming the system and saying, ‘I missed out on the round this year; I’ll wait until next year’, and not try to pursue home ownership themselves in the meantime… The more it’s targeted towards low-income groups or particular needs groups, the more beneficial it will be.”

The government has not specified when the investment mandate outlining the details of the scheme, including income and regional price caps will be available, however the scheme is still due to come into effect as of 1 January 2020. 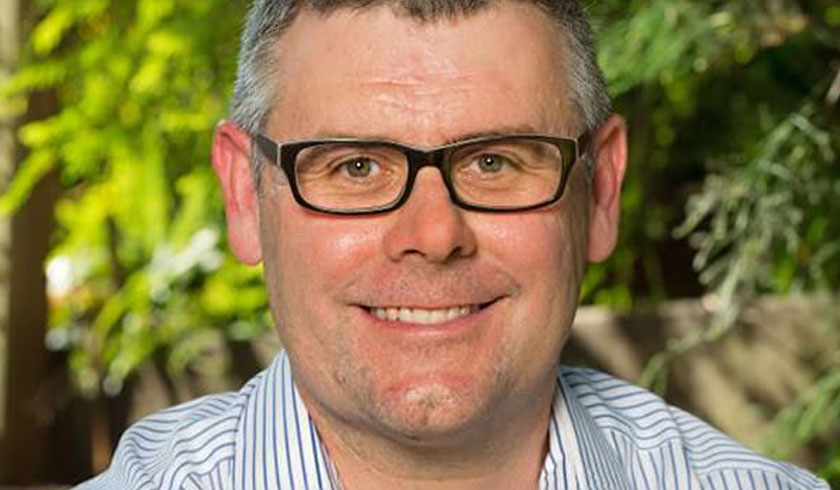