So, what has contributed to the resilience of the Australian property market in this period?

These payments will continue at least until March 2021, and it’s likely the government will continue to provide some assistance beyond that to the sectors that are most severely impacted.

The rental markets around the country have also remained relatively strong. When COVID-19 initially hit back in March, many predicted that there would be carnage in the rental markets. However, the carnage never eventuated, possibly due to a combination of government support and limited rental supply.

The Binnari research team spoke to over 20 property managers from Melbourne through to the SunshineSunshine, NSW Sunshine, VIC Coast, all who confirmed that after an initial flurry of tenants applying for a rent reduction, this was later reduced to approximately 2-5 per cent of tenancies who were granted a rent reduction once there was a requirement for tenants to prove they had been financially impacted due to COVID-19.

There are a few exceptions, however. Rental markets traditionally supported by overseas workers, students and visitors have been impacted uniquely during COVID-19. For example, an area like Bondi in Sydney’s eastern suburbs would traditionally be considered a tightly held rental market with limited supply and strong rental demand.

Due to an exodus of foreign students, tourists, and workers, plus the conversion of short term stays to permanent rentals, Bondi has experienced an increased supply in rental availability. This increased rental supply and reduced demand from foreign renters, has led to falling rental prices.

Conversely, some of the more tightly constrained rental markets with a higher proportion of local homeowners, are finding the competition for rentals has increased. Binnari’s most recent project of townhouses in Brisbane, had an oversupply of suitable applicants (3 to 1) and all properties were rented out before the buyers took ownership.

Given the challenges we’ve faced and the state of the economy, it’s likely that low rates are here to stay for the foreseeable future. Interest rates have been declining for several years now to encourage spending and boost the economy. Arguably, now is a more important time than ever to encourage spending and the Federal Reserve noted that interest rates are likely to remain at historic lows for quite some time to come.

Current rates have ensured that the cost of holding your property whether it be your own home, or an investment property has never been this affordable. This has eased the pressure placed on those with mortgages.

Despite a forecasted slow-down in population growth, there is also a significant slow-down in new property supply. This began a couple of years ago because of APRA’s lending changes, restrictions on foreign investment and the uncertainties around the federal election limiting demand from investors on new properties.

All three states have seen their dwelling approval numbers fall from their peaks.

The Australian Financial Review recently reported that the number of new dwelling approvals were at lower levels than recorded in the 1960s. It’s important to note, that in environments like these, an approval does not necessarily mean the project will commence.

Factors including construction costs, market confidence, sales demand, foreign investment and lending requirements will all impact the feasibility of many of these projects. In fact, we are likely to see the number of actual dwellings delivered to fall considerably.

In a nutshell, we’ll see supply levels slow significantly and population growth slow moderately over the short to medium term.

Inevitably, the government will need to recuperate the funds they’ve spent on assistance programs and initiatives like JobKeeper and Jobseeker payments. To do this, they’ll aim to grow the economy and increase consumer spending.

It also remains a high possibility that there may be tax cuts to assist in stimulating the economy. At some stage, the government will need to begin balancing the books, however it seems unlikely that this will take place in the next 24 months.

Current unemployment rates are hovering around the 7 per cent mark an increase from 5.3 per cent in February 2020.

When you consider the state of many other countries around the world and the magnitude of what we’ve dealt with, this is relatively positive. The unique nature of a health crisis means that as we move out of this period, we’ll hopefully see a strong rebound.

For example, the American economy saw its unemployment rate reach 14.7 per cent during their coronavirus lockdown but saw a quick rebound falling to 13.3 per cent in the month of May.

The combination of all of these factors means that the Australian property market is likely to remain resilient, without sustaining any significant drops in property values.

By Dominic Cavagnino, head of research and acquisition, Binnari Property 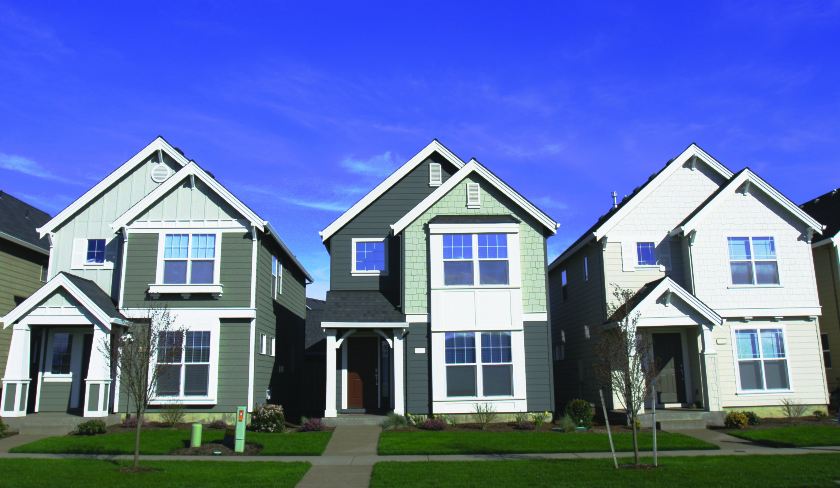