New Perth marina to turn Ocean Reef into next hotspot

The construction of a new $120-million marina has one property expert claiming Ocean Reef will turn into the next hotspot. According to Peter Peard, CEO of Peard Real Estate Group, the state government plans to turn the Ocean Reef Boat Harbour into a new precinct due to the effect of marinas on property prices.

Mr Peard said the resulting economic growth should follow in the footsteps of the Hillarys Boat Harbour marina, which turned the suburb into a property and lifestyle hotspot 20 years ago.

“Over the past 20 years, I have seen Hillarys’ property values climb due to their prime lifestyle location with a marina,” he said.

“Hillary’s marina is now [a] major social hub and attracts thousands of visitors each week, and has helped to elevate the suburb of Hillarys into a highly desirable place to own a home. “

The median house price in Hillarys is at $803,500, approximately $300,000 higher than PerthPerth, TAS Perth, WA’s median house price, as Mr Peard said coastal property commonly outperforms the overall market due to the focus on lifestyle living, which “dominates the local real estate market”.

“As part of this focus, suburbs with marinas are highly desirable as evidenced by not only Hillarys but also other coastal locations such as Mindarie, CoogeeCoogee, NSW Coogee, WA and Mandurah,” Mr Peard said.

“You can still buy established homes in Ocean Reef for under $600,000, and these lower-priced homes will surge in value when work begins on the new marina.

Mr Peard added that the new marina is currently planned to contain new apartment and retail developments, as well as 550 boat pens and boat stackers. 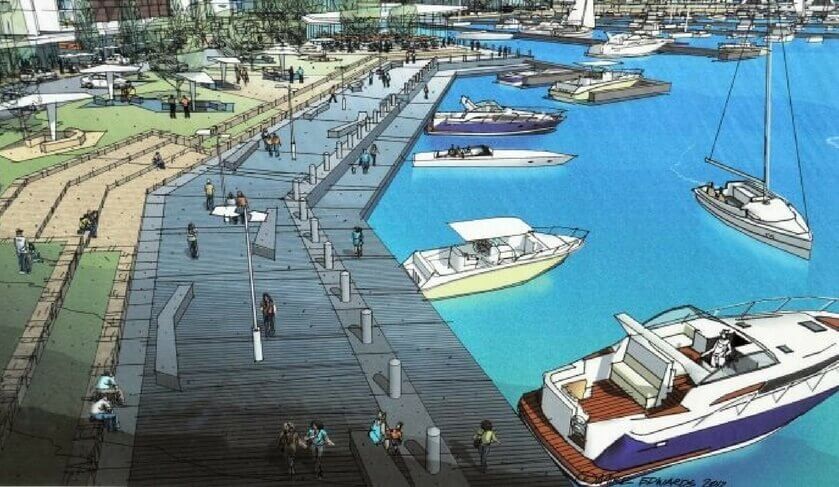