A hotspot is only as good as the job prospects an area has going for it. Here’s a list of five areas set for growth due to past, present or future infrastructure projects.

According to property valuer, investment adviser, property market commentator and author Anna Porter, the following five markets are set to see quite a bit of an economic boon this year due to nearby infrastructure projects:

Expansions worth $1 billion to Adelaide airport, $1 billion worth of redevelopment to Adelaide Riverbank, the $2.4 billion spent for the new Royal Adelaide Hospital, and a submarine construction worth $39 billion all spell out success for property, which Ms Porter said would outweigh any negative associated with the manufacturing downturn.

From the airport expansion, Ms Porter said passengers and job numbers are expected to more than double, while the Riverbank will upgrade the health and wellbeing, core entertainment and cultural and education precincts, and the submarine contracts are set to create approximately 8,500 new jobs.

“In years gone by, Adelaide has had annual growth rates typically sitting in the low 2-3 per cent range, but with this boost to infrastructure and subsequent job creation starting to filter through, LGAs like West Torrens, the home to suburbs like Plympton just to the south west of the airport and the CBD have seen an average annual growth rate of 8.49 per cent to July 2017 (according to Corelogic),” Ms Porter said.

The Wollongong Metro area is still feeling the effects of a $16.5 million facility at Wollongong University and a $90 million private hospital run by Ramsay Health, as well as the $200 million West Keira development upgrade for a new shopping precinct, all built within the last three years.

“The market was going through a growth stage of the cycle at this time anyway, but the renewal of infrastructure has seen it achieve even greater growth.

“This is quite contrary to similar satellite cities, and the likes of Newcastle, which had more modest performance across the LGA, 6.67 per cent and 6.25 per cent for the 12 months to July 2016 and 2017 respectively. The lack of major projects and renewal has certainly seen this market underperform in comparison to Wollongong. “

Shellharbour’s Shell Cove boat harbor, due to be completed this year, is situated at the heart of a $3.7 billion planned community and is attracting Sydneysiders, Ms Porter said, which will contain a golf course, playing fields and wetlands in the next few years.

“Located to the south of Wollongong, Shellharbour has also seen significant upswing in values due to the anticipated marina development that is currently under construction,” she said.

“This new development has seen values in the Shellharbour LGA shoot up 14.5 per cent for the 12 months to July 2017, which is a strong performance for a location that falls outside of a CBD locale.”

Even 10 years later, South East Melbourne is still benefiting from the Eastlink Freeway, which opened in 2008. Additionally, the $115 Bayside Rail Project and the $80.9 million Stage 3 development of Frankston Hospital have also contributed to the local economy, funneling back into property.

“Upgrade to transport from Melbourne CBD to the area has seen a significant rise in buyers moving from the inner CBD locations to these outer areas.

“These projects have seen Frankston experience 19.5 per cent average growth for the 12 months to July 2017, according to Corelogic, outstripped nearby Port Phillip Council in Melbourne’s inner metro for the same period, at just 11.15 per cent.”

“The GC, as it’s fondly known by most Australians, has traditionally struggled to keep pace with Brisbane’s growth rates, but infrastructure required for hosting the Commonwealth Games has created a construction boom,” said Ms Porter.

“Almost $1 billion is reportedly being sunk into the local economy for ‘games related’ projects. 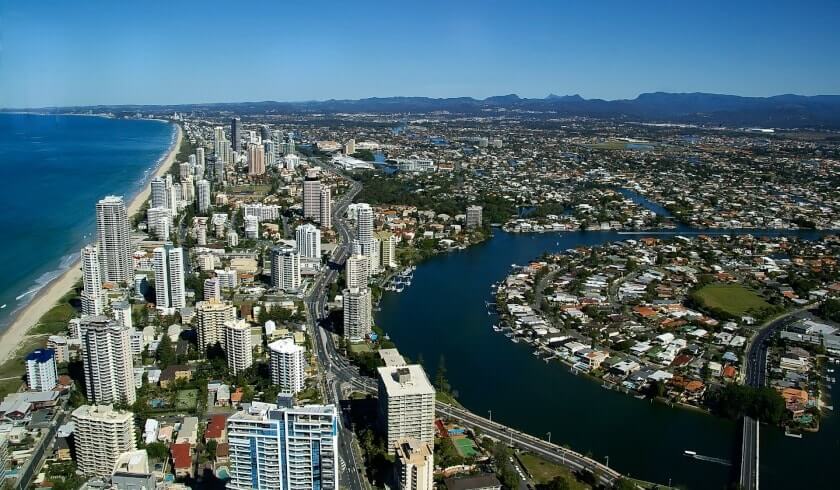 share the article
Investors had it tough in 2017 – and will have it even tougher in 2018
The impact of removing negative gearing: high rents and zero affordability