What ‘boring’ Brisbane needs to do to boost property prices up

While many may pick out Brisbane as a top investment option, the capital city is yet to boom, and there are a few reasons why, according to one expert.

Data from buyer’s agency Propertyology indicates dwelling prices rose just 1.2 per cent over the last year to July 2018, which head of research Simon Pressley said is due to the state economy not pulling enough of its own weight.

“Brisbane has some good property market fundamentals, but we have to go way back to 2007 to find the last time that its property market produced double-digit price growth – coincidentally that’s also the year that Peter Beattie retired from his post as State Premier,” Mr Pressley said.

“Brisbane’s long-running underachieving property market is a reflection of a city with enormous potential but lacking boldness and a clear direction. Of course, that is not helped by the fact that Queensland had four premiers in just 10 years.”

The root of Brisbane’s underperforming economy, according to Mr Pressley, stems from the fact that there are no significant attractions to attract national and international visitors to Brisbane, with the SunshineSunshine, NSW Sunshine, VIC Coast and Gold Coast taking the lion’s share of travellers, as well as businesses organising conferences, who would prefer going to Sydney or Melbourne.

In order to rectify this issue, Mr Pressley said Brisbane needs a landmark to draw in tourists.

“Think about this: What iconic landmarks can Brisbane leverage off to market itself to the world? The Brisbane River is no Sydney Harbour and the Story Bridge is no Golden Gate,” he said.

“Brisbane has been my home town for the past 29 years and, like most of the 2.33 million residents, I love the weather, the laid-back lifestyle, that you can get from A to B within half an hour, and I value that Brisbane is a safe place. But there are literally dozens of locations in Australia that can also offer that.

“Brisbane is fast losing its relevance, so industry, community, and political leaders all need to put their big-boy pants on, get bold, and begin behaving like Brisbane is a world-class city, not a big country town!”

For permanent residents, Brisbane is not proving to be a popular option either, as interstate migration figures show only 4 per cent of the 17,426 interstate migrants in 2017 relocated to Brisbane

“Like every other city, Brisbane has its liquorice allsorts urban renewal projects, but the last ground-breaking transformation completed was South Bank in 1992,” Mr Pressley said.

“Back then, Paul Keating was prime minister, Ansett was Australia’s biggest airline, Telstra was known as ‘Telecom’, and the internet wasn’t mainstream. The world has evolved but not Brisbane.”

There are some planned development projects for the capital city over the next 10 years, which include Queen’s Wharf, Brisbane Live, Howard Smith Wharf, the Brisbane Metro and various new hotel and commercial office towers, but it is unknown if these will boost the state’s economy.

“I’d love to see Brisbane’s property market strengthen considerably, because that would mean a more robust local economy, a private sector that was creating more jobs, and general consumer confidence would be higher, too.

“But, to do that, Australia’s third biggest city needs to grow up and develop a bold vision or it will remain boring for years to come.”

Melbourne’s property market continued to heat up in March, with the Victorian capital hitting a number of new records ...

New research is predicting a large gain in property prices of around 25 per cent through to the end of 2023, driven main...

The government’s HomeBuilder stimulus has led to a two-decade high in new houses that commenced construction, official... 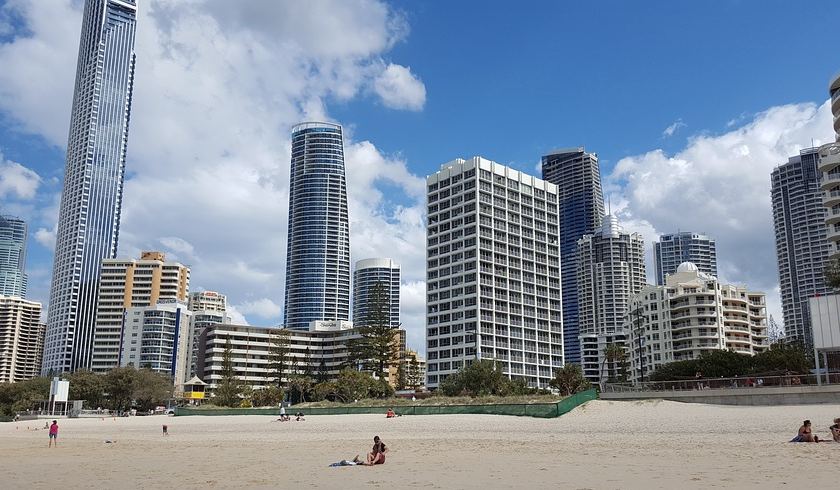 Last Updated: 15 August 2018 Published: 15 August 2018
share the article
Investment tip: What to do when your strategy goes awry
Smaller markets beat out Sydney and Melbourne for premium property sales growth