How have these popular hotspots performed?

Many areas have been called hotspots, but how many of them have actually stood the test of time? We take a look at some of these favourites and see if they lived up to expectations. Smart Property Investment had a chat with buyer’s agent and commentator Simon Pressley to get his take on how hotspots around the country have fared in the last two years.

Back in November 2016, John McGrath of McGrath Estate Agents identified Canterbury in Sydney’s inner south-west as a suburb that would boom in 2017.

“Once an average suburban precinct best known for its equine interests, Canterbury is fast becoming an inner-west bolthole attracting young families and professionals alike. Buy, sit and watch your asset grow in value,” Mr McGrath said at the time.

Today, it looks like Mr McGrath was right on the money. Detached houses in particular are definitely seeing growth, according to Mr Pressley, topping 92 per cent growth over the last five years.

However, he said something worth noting was that median apartments only rose by 27 per cent over the same period.

Looking ahead, Mr Pressley said the potential to head into negative growth over the next 12 months is a likely possibility.

“The (pre-tax) annual holding costs on a typical house in Canterbury with a 10 per cent cash deposit are circa $22,000,” he said to Smart Property Investment.

“With the growth years across all of Sydney now well and truly behind us for some years, the cash flow burden will be making some Sydney investors incredibly uncomfortable. Looking ahead, Propertyology has significant concern for apartment values in and around this part of town. Building approval volumes for the last [three to four] years are through the roof while buyers are fatigued.

In November 2016, Douglas Driscoll of Starr Partners picked Blacktown as his number one suburb for 2017, after a strong 2016.

“More than 4,000 new homes have been approved in the suburb, which is just a 35-minute drive to the Sydney CBD. With the redevelopment of Blacktown Hospital and a grant to kick-start energy projects in the area, Blacktown is a suburb to watch,” Mr Driscoll said at the time.

For Mr Pressley, Blacktown has performed particularly well, with houses improving 84 per cent and units up 73 per cent since those original predictions. However, values have started to slip this year, starting in February with a decline of just 1 per cent.

“The supply pipeline suggests that the rate of new dwellings set to hit the market over the next couple of years is twice the volume of the long-term average,” he said.

“While Blacktown is one of Sydney’s more affordable areas, it is one of several pockets of Sydney that Propertyology has concerns about.

“There’ll always be plenty of parochial and/or vested interest groups spinning yarns to justify why it’s still a good time to invest in Sydney but, to be completely frank, I think you’d have to have rocks in your head to invest in any part of Sydney for at least the next few years – the opportunities [are] elsewhere in Australia, leave Sydney for dead!”

Dating back to 2015, Cate Bakos of Cate Bakos Property highlighted Mount Waverley as a boom area. At the time, it saw a median house price increase of nearly 20 per cent over just a quarter. A large chunk of this growth was due to interest from foreign investors.

Did this suburb see continued growth? It sure did, according to Propertyology data, which saw detached house prices rising by 90 per cent and apartments by 57 per cent.

“As with all of Melbourne, rates of growth have eased enormously since last Christmas although the Monash municipality has held up better than others,” Mr Pressley said.

“I think detached house prices (median value $1.4 million) will remain stable but that’s predominantly an owner-occupier market. The apartment market for large parts of Melbourne might have some challenging years ahead.

“The new supply pipeline is very big at a time when buyer demand has been significantly curtailed by affordability constraints, tighter credit policies, and falling confidence.”

Bentleigh was another pick by Ms Bakos at the time, offering rail services and a “wonderfully eclectic shopping strip along Centre Road”.

“Bentleigh has been the poor cousin to BrightonBrighton, SA Brighton, VIC Brighton, TAS Brighton, QLD, but she’s rapidly finding her place in the prestige market and easier access to the M1 makes Bentleigh a worthy contender for my short list.”

How has it performed? Not as well as Mount Waverley, but has still seen modest success in its own right, with 78 per cent for house capital growth and 27 per cent apartment price growth, resulting in median house prices of $1.45 million and $600,000 respectively. However, Propertyology’s house data indicates the there is a housing affordability issue in the area.

“While 78 per cent capital growth for houses over the last five years is outstanding, it’s hard to imagine many investors would have rustled up the large amount of capital required for a deposit against a (median) house price of $1.45 million, let alone the $30,000+ cash flow shortfall each and every year,” Mr Pressley said.

The growth prospects for the area in the short-term look unlikely, with growth stopping seven months ago and new supply coming soon.

“Price growth for houses and apartments stopped in March this year and now appears set for a period of price decline. Again, the apartment market has some challenging years ahead, in part due to an extra 4,000 new apartments to be released in the Glen Eira municipality over the next two years,” Mr Pressley said.

In 2016, Paul Glossop from Pure Property Investment took a look at markets around the country, homing in on Queensland in particular. Brisbane was a number one choice; in particular the areas of Ipswich, Lower Logan and Beenleigh and Morton Bay due to affordable prices, well-performing yields and an increase of demand and jobs creation.

“We see, and have seen for the past 24 months, some excellent opportunities to pick up properties around the $300,000 mark in areas which are seeing large scale gentrification and great yields,” Mr Glossop said at the time.

Today, Propertyology data indicates that the Queensland economy has seen a mild yet consistent price growth of 2 to 3 per cent per year for the last 10 years.

“Ipswich (along with Logan, Redland, Brisbane and Moreton Bay) is part of Greater-Brisbane. Many property investors have been lured to Ipswich by one of the highest rates of population growth in Australia, only to be disappointed by its property market performance,” Mr Pressley said.

“Affordable housing ($350,000 median house price) and substantial investment in A-grade infrastructure within the municipality over the last 10–15 years is a great foundation.

“Downside metrics include oodles of developable land, new housing supply continually released ahead of demand, an unemployment rate consistently above the national and state averages, and the city council under dark clouds of corruption claims that recently resulted in it being placed in administration.”

The Moreton Bay region has seen mild success, with price growth currently at 18 per cent and 7 per cent for houses and detached dwellings respectively and are currently at medians of $460,000 and $343,000 respectively.

“Long-term fundamentals of this market remain solid although, contrary to the increasing hype, a further period of mild growth is likely,” Mr Pressley said.

Beenleigh, much like some of Australia’s most popular markets, is entering into a softening period due to a 40 per cent decrease in properties sold and a 20 per cent increase in properties listed for sale, Mr Pressley said. The suburb itself, however, has seen relatively modest growth, with houses and apartments rising 20 per cent and 17 per cent over the last five years.

In 2015, Rory O'Rourke of O’Rourke Realty Investments singled out Forrestfield as a suburb to watch at the time due to an increase of developer interest as a reason for driving up value in the area.

“One way of identifying hotspots is to follow where highly successful property development companies are investing or planning to invest. These companies historically have the resources to undertake detailed research to determine future areas of strong housing demand,” Mr O’Rourke said.

“Forrestfield is also likely to be targeted by developers, with the government still planning to proceed with the $2 billion Forrestfield-Airport rail link.

“It is expected that the 250 hectares around the proposed Forrestfield terminus will become a development hotspot, with high-density residential and commercial projects as well as a new shopping centre.”

While situated 15 kilometres east of Perth’s city centre and is dominated by jobs related to an adjacent industrial precinct and the nearby Perth Airport, Mr Pressley said this aesthetically less than desirable suburb boasts an affordable median house price of $415,000 and current signs point to the possibility of good things to come for the area.

“The 8 per cent price growth across the last 5 years is underwhelming although 1.3 per cent growth in the recent June quarter is perhaps a sign of slightly better years ahead,” he said.

Another suburb Mr O’Rourke foresaw potential in was Scarborough, due to the developers’ interested in the area. He noted developers were utilising over $50 million in government investment to upgrade the area and more relaxed higher-density zoning.

Propertyology data, however, indicates that this hasn’t resulted in big wins for investors.

“The cosmopolitan north-west suburb of Scarborough has produced zero price growth for houses over the last 5 years and 10 per cent for attached dwellings,” Mr Pressley said.

The reason for this, as well as the subdued results for the Greater Perth region, is due to its reliance on mining with a lack of diversification in its revenue streams.

Within the last year to year and a half however, Mr Pressley said there has been notification of a slight revitalisation in the mining sector which may have a knock-on effect in the future.

“There have been several major project announcements over the last 12–18 months (lithium, iron ore, gas and defence force fleet construction) which will benefit Perth in future years,” he said.

“Housing stock levels and vacancy rates still remain higher than demand requires but it is progressively being absorbed.”

Read More
How have these popular hotspots performed? 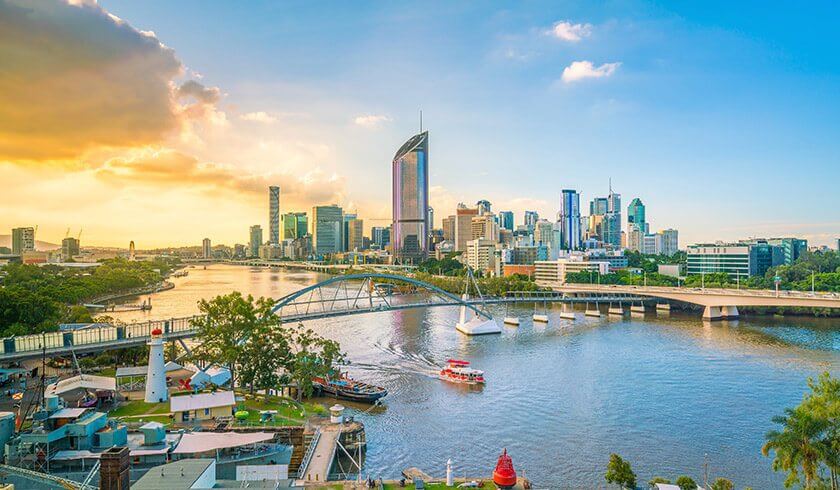