The new Western Sydney Airport is set to bring investors new opportunities, a homebuilder has suggested, with the surrounding ‘Aerotropolis’ and one particular suburb set to be particularly attractive. The economic benefits of the Western Sydney Airport are estimated to be $1.9 billion for Western Sydney, and bring in an additional $140 million throughout the rest of Sydney, according to Ernest & Young.

Gledswood Hills is one suburb expected to reap the benefits of the new airport, according to Craig Barnes, sales, marketing & customer relations manager at Sekisui House.

Currently, Gledswood Hills has a median dwelling price of $800,000 and an annual growth rate of 9.4 per cent, according to the REA. It is also expected to see high levels of population growth with an additional 300,000 new residents by 2031, according to NSW government data.

Further, the population in the South West is expected to grow exponentially, with approximately 300,000 new residents by 2031 according to the state government’s Sydney Growth Centres Strategic Assessment Report (2010).

Over the next 10 years, the NSW state government has also agreed to invest over $3.6 billion into the Western Sydney Infrastructure Plan, which Gledswood Hills could benefit from too.

Mr Barnes explained: “The relatively new suburb of Gledswood Hills (Camden Council) is located within the epicentre of Western Sydney’s growth corridor. Investment activity is evident on all fronts and growth within the region is progressing at a rapid pace.

Mr Barnes added that Gledswood Hills is within a 15-kilometre radius of the upcoming airport, and suggested that it could offer residents an attractive lifestyle in the long term.

“The South West is still relatively affordable when compared to ‘like-for-like’ developing regions, such as North West Sydney,” he said.

“The South West offers excellent employment prospects via the development of infrastructure (roads, rail, Western Sydney Airport and Aerotropolis), accessibility to the major hubs of Parramatta and Sydney and is a short distance to the beautiful South Coast beaches, supported by prospective capital growth opportunities,” he said.

Mr Barnes suggested that this activity is creating new job opportunities and business prospects, “many of which will align with Western Sydney’s Aerotrpolis”.

“New local masterplanned communities positioned nearby to this economic hub will continue to benefit from the expansion, as more funds are invested into the region,” he said.

The Aerotropolis is planned to be a series of inter-connecting suburbs around the Western Sydney Airport, which the NSW governments predicts will contribute to 200,000 jobs for the western Sydney area. 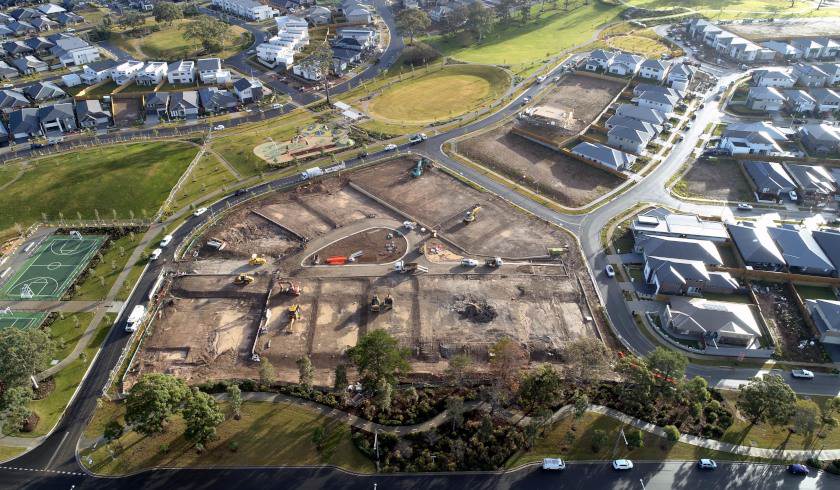