Investors who bought into the Opal Tower are facing short-term value dives, but could this be an opportunity to swoop for long-term gain? We spoke to a valuation expert for her take on the pros and cons of buying a distressed asset. Smart Property Investment understands lowball offers have been made to owners in the Opal Tower at Sydney Olympic Park, after some faults appeared in the newly opened building over the Christmas period.

It is unclear yet what type of damage exists in the building, and its causes. A report is due to be handed down shortly.

However, this situation does raise the question: can it be a lucrative move to buy a clearly distressed asset for long term gain? Anna Porter, property commentator and CEO of Suburbanite, has said to Smart Property Investment that the long-term prospects for value decline are very real, and should be factored in to any buying decision.

“Once a building has a major structural defect, it goes onto the strata register,” Ms Porter said.

When a structural defect has been discussed about a particular property, even if it is a single email, it gets recorded so anyone buying into the complex that does a strata search will discover the structural defects.

“How does that affect value? Instantly, anyone looking at buying into a development will consider not only will it impact their value of the property, but they are buying a problem,” Ms Porter said.

“What’s the problem they’re buying? Well, it’s very unknown. There could be major costs, they might be hoping that the builder or developer will pay for the rectification works, but that doesn’t mean that will be the end of the building issues.

“It could speak to bad workmanship and be a very long-term problem. The builder or developer may get out of having to pay for the rectifications, so there are definitely going to be some losers out of this, people that are going to have some financial fallout.”

Even if the builder and developer fix the defects, there is still ongoing disruption, a loss of rent and the historical recording that the complex the property is in has had structural defects, which she claimed “it’s always going to make these units really, really hard to sell”.

“I find some units with big enough defects actually won’t trade in the marketplace,” she said.

“What could also come out of this is a potential court case. If the developer and the builder do not come to the party to fix these problems or don’t do it quick enough, or significantly enough, they may end up in court over it.”

Until the structural defect is rectified, it can be a costly and arduous process to work out the chain of responsibility, which can have a significant impact on cash flow.

There is also the opportunity cost to consider, where a property is vacant until defects are rectified.

“Those things can sometimes create a really challenging position for sellers to even move their properties in the marketplace, full stop.

“Anyone that wants to buy into this property will know about the situation because it’s already been put onto the strata registers, so it’s too late. So really, they have no choice but to hold onto this property unless they want to take a significant hit on the value.”

Ms Porter added that even though property investors would be impacted by the Opal Tower scenario, they are actually some of the luckier victims.

“Landlords are certainly going to carry the financial burden, but they can… revert to their insurer, assuming they had insurance, to cover any loss of rent,” she said.

“So, the real losers in this are the owner-occupiers, the people that have their own homes there, because they won’t have insurance in play to cover this, and even more so than the investors that own properties in this development,” she concluded. 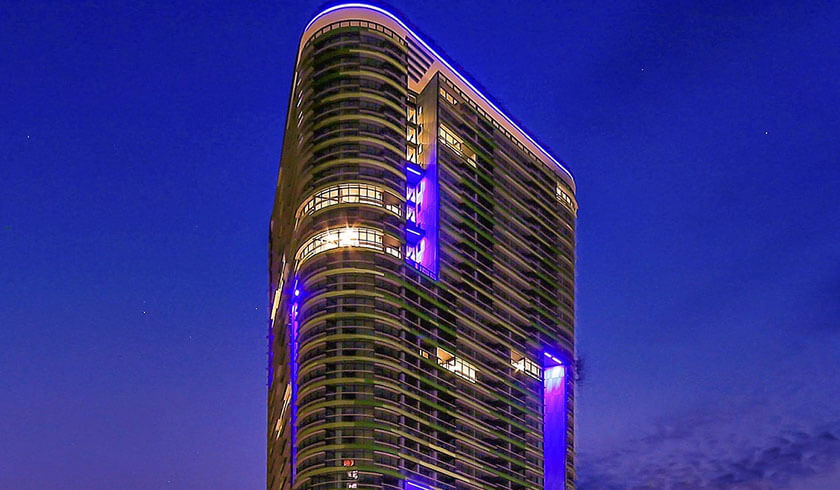