For those in the Opal Tower, trying to get out of there may mean they’re looking for a quick sell at a low cost, which would mean a cheap buy for a property investor. What should investors be wary of when buying distressed?

This could present investors with a real bargain, according to Dominique Grubisa, founder of the DG Institute.

Speaking to Smart Property Investment, trying to buy into a new development with an issue like the Opal Tower, there are various safeguards in place.

“With the Opal Tower, that’s a new building, it’s under warranty, it would be covered by insurance for any subsequent buyer and if you can get a discount, you might find it hard to find a tenant in the short term,” Ms Grubisa said.

“Yes, there’s immediate problems now, but if the discount to market for a quick sale outweighs the downside of it, then it’s a real opportunity to get a bargain.”

Where can I find distressed property?

If the reward of a distressed property outweighs the risk for an investor, Ms Grubisa recommended they look up court lists, to find what she referred to as the ‘holy grail’ of distressed properties: deceased estates, troubled mortgages and divorce settlements.

“All of those have to go through a court process, so deceased estates, they have to apply to the supreme court for probate. With mortgagees, the bank has to take it to court to get an order for possession. With divorces, they obviously have to go to court,” she said.

“Bankruptcies, liquidations, sheriff sales, they all hit a legal radar, so if you’re finding them there, you can often get to it before it gets on market,” Ms Grubisa added.

However, she recommended that there are “lower hanging fruits” available that do make it to market, which include those that have been listing for upwards of 100 days and properties that have changed agents multiple times.

Everyone loves a bargain, but Ms Grubisa warned committing to a distressed purchase just because it is affordable.

“People get excited by the fact that they’re getting a bargain and they get what I call confirmation bias, so they only see what they want to see, which is a cheap property, and they don’t look for the reasons behind it, so it may have structural problems that [are] going to cost a lot,” she said.

“The pitfalls are getting overly excited about the dollar figures without doing your due diligence and really, what you’ve got to look at when buying distressed property is: what are you wanting? What’s your end game? Are you going to flip it quickly for a profit? Are you going to keep it and rent it out?” she said.

“You’ve got to work your numbers backwards logically and not emotionally to work out the dollars and cents benefits in it.”

Being lured by a bargain is something that Simon Pressley, managing director of Propertyology, also cautioned against.

“A lot of people can cause themselves harm by getting lured into a property just because the distressed nature of it,” Ms Pressley said to Smart Property Investment.

“The problem with that is whatever price you pay, you pay normal market value or you pick it up, say, 10 per cent less because of the distressed nature of it, once you own it, you own it, and that’s the price.

“What’s more important, because property’s a long-term gain, is what that market does over future years. So, if someone just gets lured in to buying something because it’s a distressed asset, that’s the risk that they take.”

If that property turns out being a lemon, waiting for it to become profitable again may take a long time, especially in Sydney, Mr Pressley added.

“We always need to be conscious that the property game is a long-term game and growth cycles generally don’t come around anything less than seven years, and can be as long as 15 years,” he said.

“So, someone bought a property, let’s say, in Sydney because of whatever distressed nature today, it may be quite a long time before that market starts to show some meaningful growth again.

“Whereas that same amount of money could’ve been put in a whole heap of other parts of Australia that haven’t had a growth cycle ferment as yet.” 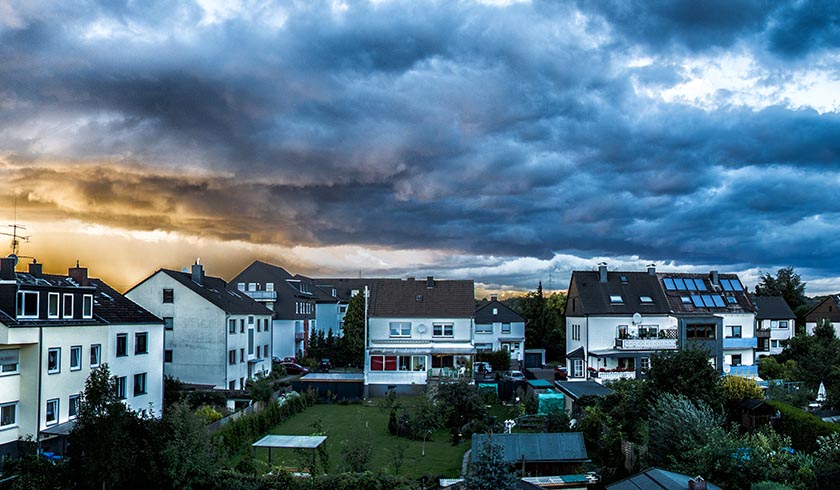 Why the REINSW is pushing for a property services commissioner

1 in 5 property investors are financially stressed due to COVID