RMIT University is spearheading research to re-invent the way bio-materials are used in building and construction, which paves the way for a completely new array of building materials in Australia.

It is always best to keep the environment in mind when tackling a construction project, but research headed by associate professor Abbas Mohajerani at RMIT University is tackling the way our materials are thought of, and has the potential to change the way buildings constructed.

Across the world, 30 per cent of biosolids, the byproduct of a treatment process that is used as fertilizer and land rehabilitation, is also being stockpiled or sent to landfill, potentially emitting greenhouse gasses in the process.

Research lead by Mr Mohajerani aims to take biosolids and make bricks out of them, which has the potential to impact the construction industry.

Why are biosolid bricks better?

According to Mr Mohajerani’s team’s journal article, A Proposal for Recycling the World’s Unused Stockpiles of Treated Wastewater Sludge (Biosolids) in Fired-Clay Bricks, the process of making a biosolid brick requires up to 48.6 per cent of the energy required to make regular bricks.

The biosolid bricks also have lower thermal conductivity, which means less heat is transferred, which allows for buildings to give a higher environmental performance.

Speaking to Smart Property Investment, Mr Mohajerani said that while the biosolid brick has advantages for individual construction, widespread adaption could solve the world’s biosolid storage problem, with approximately 5 million tonnes of biosolids produced by Australia, New Zealand, the European Union, the US and Canada each year going into landfill.

“Our proposal is 15 per cent biosolid in 15 per cent of brick production in the world,” Mr Mohajerani said.

“If all governments establish that minimum requirement for the brick industry, we can solve that biosolid stockpile environmental issue. 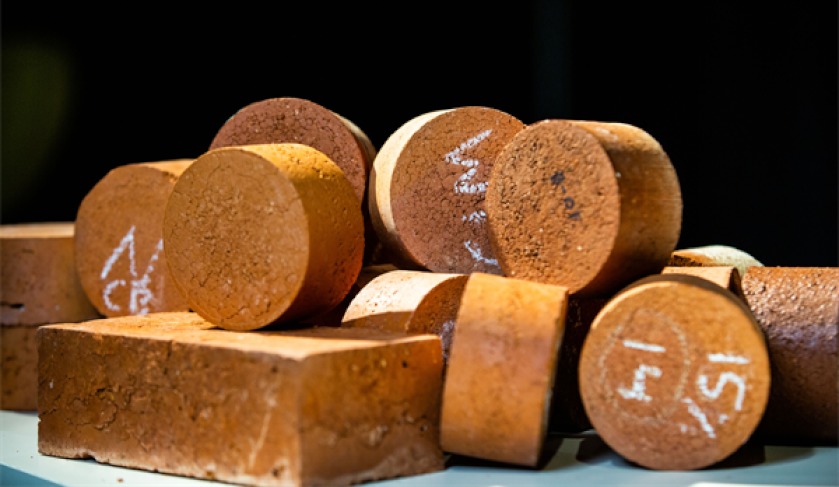