Following infrastructure projects is one way property investors can find areas ripe for growth, but can the same be said for road projects?

Roads are one of the many different factors that can influence property prices of a given area. Knowing how a road can impact the price of your property is crucial to understanding its value in your portfolio, according to Victor Kumar, director of Right Property Group.

The distance of a property to a freeway can make all the difference in terms of its value. However, being right on the freeway is something that investors would want to avoid, Mr Kumar said.

“Sometimes, this is where people go wrong. They think if they buy right on the freeway, right on the road network, that they will do far better. Actually, it works against them,” he said.

“The properties that are right up against the freeways, they tend to devalue rather than increase in value because of the noise and the congestion. That’s something that most people don’t realise until after the fact.

Investors scoping out upcoming road projects should be considering areas that have funded, and even commenced, the start of infrastructure projects.

There is also the option of basing investment decisions on projects that are in the planning stages, but this comes with a higher degree of risk.

“If I take into account the M7, this became functional in December 2005. But, there was a whole lot of hoo-hah before that, and it was probably 10 years before it got underway,” he said.

“A lot of people actually bought properties off that speculation.”

Looking into metropolitan NSW as an example, infrastructure projects that connect to major employment nodes should be considered, not just connectivity to the major CBD. In NSW, for example, this includes Liverpool, CampbelltownCampbelltown, NSW Campbelltown, SA, Penrith, Parramatta, Gosford and Wollongong.

When investing into regional areas, new road projects that redirect through-traffic have an impact on two levels. First, they can have the unintended side effect of significantly devaluing an area due to traffic bypassing the area completely. Second, they can increase congestion further, especially if there has not been adequate planning.

An example of the latter is the Macarthur area, which Mr Kumar cited the introduction of Cowpasture Road, which was supposed to improve congestion around the suburbs of Eagle Vale, Gregory Hills and the employment node of Campbelltown.

However, Mr Kumar observed that it has done the opposite, for the most part.

“Every morning and every afternoon, you have now massive congestion there where a trip that was originally before that link opened up, a trip that originally was taking five minutes to get into town from one end to the other, is now taking 25 minutes, and there hasn’t been any local increase or local benefit for Campbelltown [and] Eagle Vale,” he said.

“It certainly has had benefit for the new estate, which is Gregory Hills and all those areas on the other side going on towards Camden and Leppington.

“So, whilst road infrastructure can increase the value on one hand of town, it could also impact the value on the other side. What I’m seeing is a corresponding drop in the ability to sell quickly.”

This congestion is expected to ease in the future with a plan to upgrade the road network further.

Sydney's M5 motorway is a good example of a road which lacked forward planning, having a knock-on impact to the surrounding areas.

“From two lanes, they went into three lanes, but there were huge bottleneck going into the tunnel," Mr Kumar said.

"All they did was move the bottleneck every time they’ve upgraded,” he said.

These types of issues take years - often 10 or 15 - to permanently correct or address.

Citing his Macarthur example, Mr Kumar said this upgrade was a staged development, which can provide investors with a rough guideline for when road issues could be alleviated. In this particular case, the timeline for the project is lacking, which could blow out wait times.

“We’re totally dependent then on the state government actually pulling the trigger to fund it and start works on the second half for that problem to go away. If once the problem goes away, the values start jumping as well, and you could be waiting for a little while,” he said.

“In other words, what I’m trying to say is that we try and stay a little bit away from the congestion and the noise and try not to speculate and at the same time, we don’t want to be jumping in too late either. It’s not an exact science.”

The significance of infrastructure in your plans

When an investor is considering a property to purchase, while roads and any upcoming projects should be a consideration in their due diligence, it should not be the central consideration, Mr Kumar said, as this goes into speculation territory.

“The first thing we need to look at is how liquid is the asset going to be, because if it doesn’t work out for me through changes in my circumstances or changes in my need, am I able to offload it really quickly to someone else?” he said.

“If we jump in too quickly as well, that can be an issue, so we can’t let just that, the promise of an infrastructure [project], determine our investment decisions. It does become one of the considerations, but I don’t think it is by far the major consideration.” 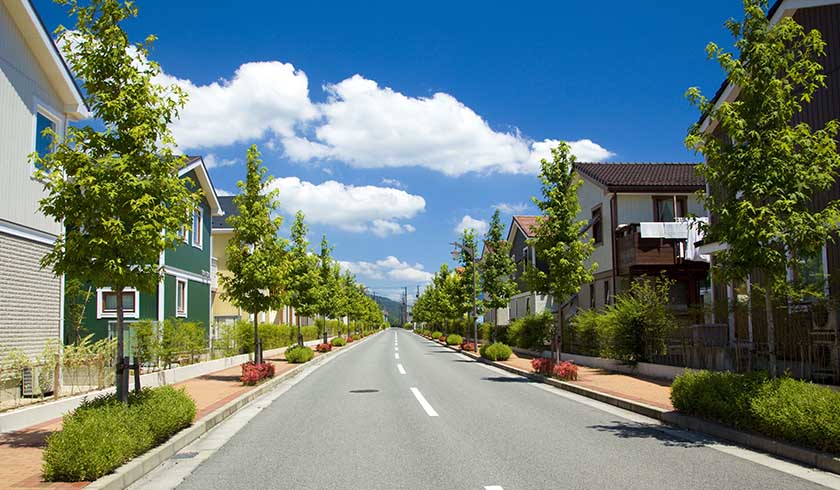