A research analyst has analysed the last three decades of value rises and declines and has made a conclusion that he called “unprecedented” and “somewhat surprising”. The latest Property Pulse report from CoreLogic research analyst Cameron Kusher has analysed the deviation in values from peak over the last 30 years, and found that national dwelling values are 8.2 per cent lower than their peak, which is the largest value decline over the last 30 years.

Over that time, prices have remained at historic highs for more than half that period at 56.8 per cent of the time.

The combined capital city value saw a decline of 10.1 per cent since their peak to May 2019, which has been the deepest correction for the last 30 years, where values have been at historic highs for 51 per cent of the time.

The regional areas saw less severe declines, being only 3 per cent under their peak, and have seen record highs 51.2 per cent of the time.

Mr Kusher said that the results could be seen “as somewhat surprising”, as despite the overall figures showing values remaining at their peak for more than half the time over the last 30 years, on an individual level, the sheer majority of states and territories saw values reach their peak less than half of the time during the same time.

“When downturns have occurred, they are often small and values return to previous peaks fairly quickly. The current downturn for a number of regions is unprecedented in terms of the magnitude and length of declines. Given this, it could be a number of years after values begin to recover until they return to their previous highs,” Mr Kusher said.

In fact, the only capital city or regional area to record values remaining at peak levels for at least 50 per cent of the time was Adelaide, which recorded prices at historic peaks for 53.8 per cent of the time and is currently slightly under their most recent peak at 0.5 of a percentage point.

Regional Victoria was the regional area to see values at record highs for the most amount of time at 47.4 per cent of the time and is currently 1.1 per cent lower than its peak. 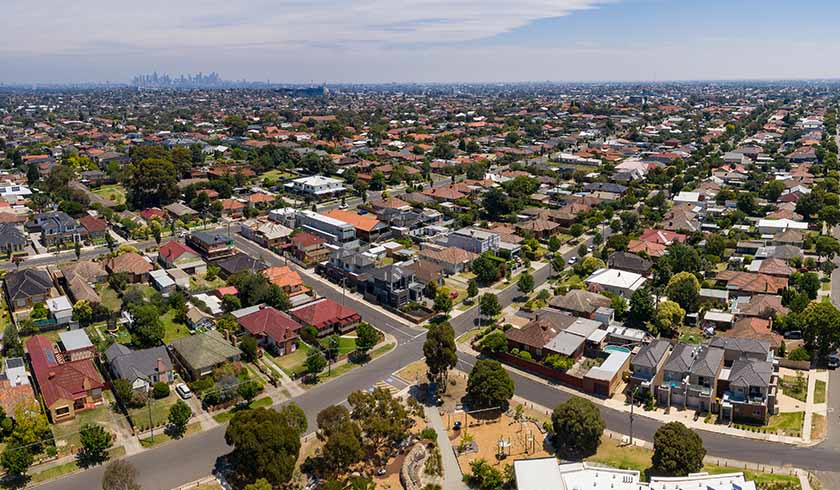