Investors looking to strike gold may want to consider one regional Victorian region, but the window of opportunity is getting smaller. The Bendigo region was one of the areas that experienced a gold rush in the mid-19th century, and according to Glenn “Goose” McGrath, it’s a region where property investors can find property gold through what he claims is the best balance of yield and growth.

He added that it may very well be the best-performing market in Victoria at the moment.

“What we’re basing that call on is that balance of yield and growth, because it’s still possible to get 6+ per cent yield as well as capturing both great under market value opportunities with value-add strategy and really strong growth indicators,” Mr McGrath said.

“The vacancy rates are tightening quite dramatically. There’s a huge increase in demand.”

However, the clock is running out on the investing prospects of Bendigo, as Mr McGrath stated there may be only two weeks left to get into the market before activity rises too much.

“It’s becoming a hot location, and once there’s too much buyer activity, it starts to drive the prices up,” he said.

“So we’re seeing a massive increase in demand, population is growing as well and there’s strong public and private infrastructure projects there, which are going to drive the immediate and future growth there.”

While Mr McGrath did not recommend any particular suburbs, he said that suburb selection is critical, with the best-performing properties selling for approximately $300,000 to $400,000.

“There’s a lot of suburbs around Bendigo. It’s a very large regional centre, so there’s massive demographic shifts between each pocket, and even within those suburbs, we’ve got to be really careful,” he said. 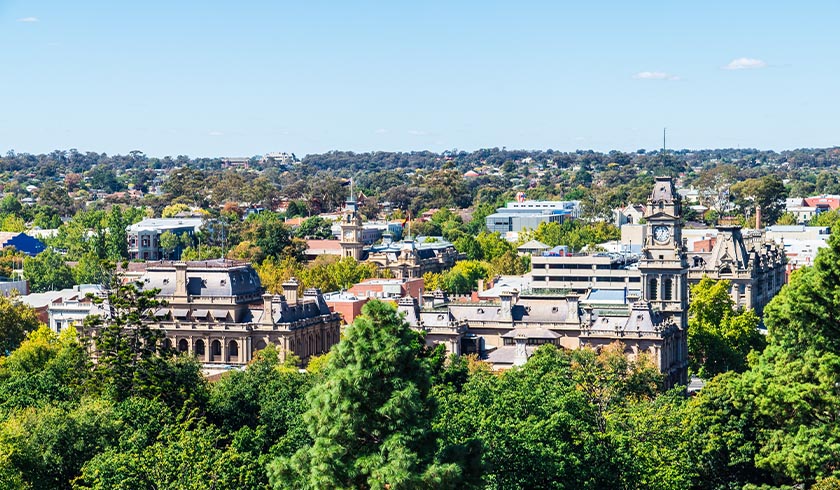