Last week, Douglas Shire was highlighted as the most resilient region on Australia’s east coast. Learn why.

The report found that this region excelled above others in several key areas.

The five points used to select it – and the remaining resilient suburbs – are as follows:

• Property trends – to ensure statistical reliability, the LGA will have 20 transactions or more in 2018 and 2019, with positive price growth within that time period.

• Unemployment rate – as of the December quarter 2019, the LGA will have an on-par or lower unemployment rate than the state average, to ensure there is local job growth.

Zooming in on the Douglas Shire specifically, the report noted:

“Despite a lower proportion of professionally employed residents (12.1 per cent) when compared to QLD (19.8 per cent), an unemployment rate of just 4.0 per cent sat well below QLD’s average of 6.1 per cent (December quarter of 2019).

“Median price growth in the Douglas LGA over the past 10 years (2010-2019) has been positive for houses, recording price growth of 10.1 per cent. At the same time, there has been market softening in both the vacant land (-24.1 per cent) and unit (-5.4 per cent) markets. It is worth noting that only 35 land sales were recorded in 2019, which explains in part the fluctuation in median price.”

Douglas LGA’s coastal location and relative proximity to Cairns, which comes in at around a one-hour drive, will help ensure the market continues to see positive price growth into the future, according to the report.

“At December 2019, Douglas LGA investors benefited from an average rental yield of 4.7 per cent for houses, which sits well above Brisbane's (3.9 per cent).

“This is a continuation of a six-year trend of healthy vacancy rates for the Douglas LGA, which indicates positive long-term rental demand.”

From an investment potential perspective, the report highlighted that Douglas LGA is viewed as an attractive regional market due to affordable pricing and steady returns.

“Douglas LGA is set to see a total of $162 million (approximately) in project development commence throughout 2020. Of this, 58.7 per cent ($95.1 million, approximately) is to be spent on infrastructure, which will help provide improved transport networks, recreation and tourism services to directly benefit residents.

“[Approximately] $64.3 million of commercial project activity is expected to have a positive effect on local business activity and employment, while $2.6 million (approximately) of residential projects are planned, set to add 32 lots and 4 dwellings to Douglas LGA in 2020.”

Click here to see the other regions that made the cut. 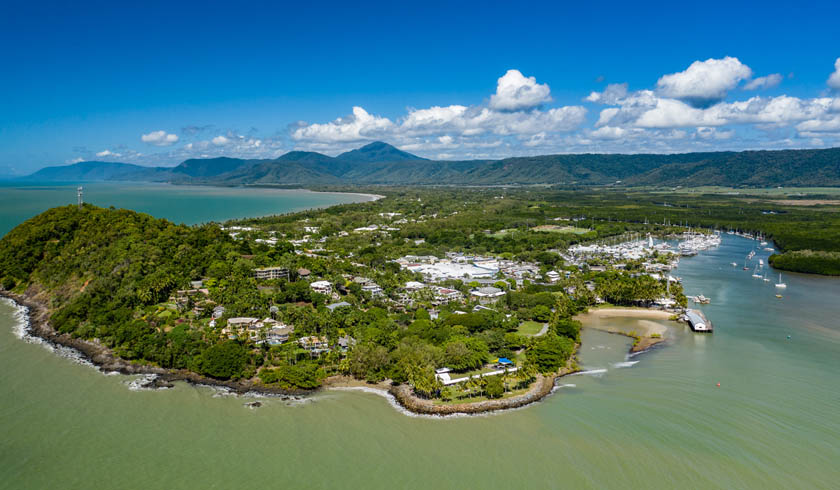