The COVID-19 pandemic has resulted in hundreds of thousands of Australians swapping their major-city life for regional areas, as the reality of remote working has caused proximity to the office to lose importance. The latest Herron Todd White (HTW) Month in Review report for April 2022 has been delivered, providing an update on the property market nationally. The report found that regional Australian markets around the country remained strong, following the coinciding factors of record-low interest rates, COVID lockdowns and flexible working arrangements that resulted in an influx of hundreds of thousands of Australians into regional hotspots.

According to the HTW report, national regional markets continue to offer a variety of properties and price ranges to a wide range of buyer types. The most commonly reported buyers in the nation’s regional markets are downsizers and upgraders, retirees, relocators, investors and first home buyers.

As people search for more space to accommodate their new work-from-home lifestyle, or a cheaper pricepoint to enter the property market, regional Australia may provide that diversity to buyers.

Trends in the data from HTW show that the further inland a regional centre is, the cheaper its house asking prices are. Regional areas such as Kyogle in the Northern Rivers region of NSW offer buyers an enticing entry price of $400,000 to $450,000, while suburbs in the Greater LismoreLismore, NSW Lismore, VIC area such as Goonellabah and Wollongbar offer entry into the housing market from $550,000, despite the threat posed by natural disaster.

Similarly, the Victorian border town Mildura has seen an increase in first home buyers and young family upgraders entering the market, with homes available in the region from between $300,000 to $450,000.

However, there are still certain factors that impact the affordability of regional areas. One major element commonly reported by HTW is the rise in construction costs, which is adding financial strain on prospective home owners looking to build their new home or add value to an existing home.

Furthermore, certain towns, such as Tamworth, that are popular tourist destinations offer home buyers of all types with a reasonably affordable and bustling regional hotspot to purchase in. Tamworth’s most active pricepoint is between $450,000 to $600,000. Similar prices can be seen in other popular tourist stops, such as Cooma, which lies at the foot of NSW’s Snowy Mountains, and in Queensland regions like Bundaberg, Gladstone, and Toowoomba.

HTW also reports that as remote working becomes a staple of Australian life, regional markets that offer large spacious blocks or coastal access and views can often fetch sales in excess of $2.5 million. Homes in Byron Bay on NSW’s north coast have recently sold for between $2 million and $3 million. While places such as Coffs Harbour and the Central Coast have seen record property sales occur in the past year.

The location in question in Coffs Harbour, a 1,000-square metre block offering panoramic coastal views but still close to the town’s centre, sold for $5.1 million. Similarly, a waterfront property in Wagstaffe on the NSW Central Coast recently sold for a whopping $16.2 million. 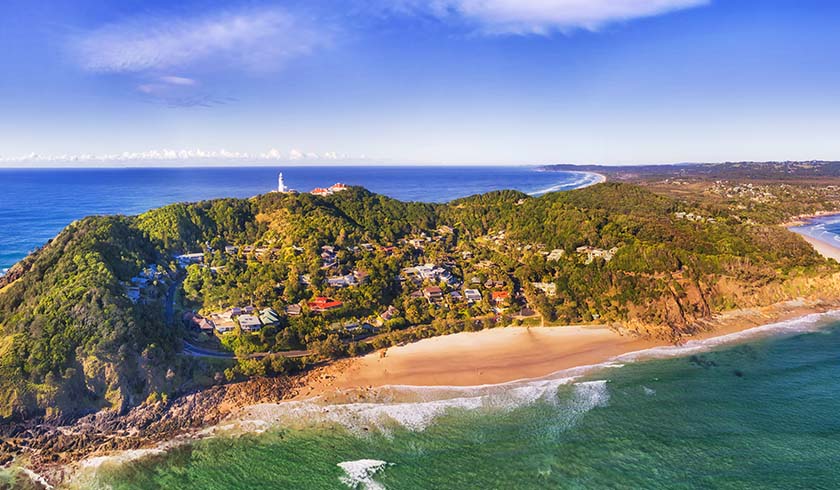 Last Updated: 24 May 2022 Published: 25 May 2022
share the article
Federal election results revealed: What it means for investors
How 5 prime markets are performing mid-2022