Despite Prime Minister Tony Abbott recently ruling out changes to negative gearing, the debate about the tax policy’s future rages on.

Asked directly last week if he would rule out changes to negative gearing, Mr Abbott said: “Yes” – a statement welcomed by the Property Council of Australia today.

“As far as statements go, this was pretty definitive and it provides a level of certainty to the 36,000 nurses, 54,000 teachers and 62,000 clerical staff who negatively geared a property in the 2012 financial year,” said Ken Morrison, chief executive of the Property Council of Australia.

“So for them, the Prime Minister’s one-word declaration last week is welcome news.”

Mr Morrison said negative gearing had far-reaching and positive implications for the Australian property market and wider economy and wasn’t simply a perk for the wealthy.

“Almost 700,000 average Australian workers earning around $80,000 or less used negative gearing to get a foot in the door of the property market, save for their retirement and, in the process, boosted the supply of housing stock.

“It has spin-offs for other professions, too – for the carpenters, electricians, plumbers and gardeners, to name just a few, who do the repairs and maintenance on investment property.

“The bottom line? Negative gearing is a positive for Australia.”

Despite the news, Mr Morrison said there was “still a long way to go in the tax debate” and he cautioned that the “stakes are high”.

Mr Morrison’s comments come after the Australian Council of Social Service (ACOSS) released a report that said more than half of geared housing investors are in the top 10 per cent of personal taxpayers and 30 per cent earn more than $500,000.

“Negative gearing and the tax break for capital gains don’t improve housing affordability, they make it worse by fuelling home price booms like the one in Sydney right now,” Ms Goldie said.

“Less than one-tenth of negatively geared housing investments are for new properties, the other nine-tenths bid up the price of existing housing.”

In response, the Housing Industry Association (HIA) released research contradicting the notion that negative gearing is dominated by wealthy investors.

“Official taxation statistics for 2011 and 2012 show that over 79 per cent of those with a rental investment property have a total income less than $100,000,” HIA executive director Graham Wolfe said.

He contended that the top priority for housing tax reform should be scrapping stamp duty on residential property transactions, which would make housing more affordable for both renters and owner-occupiers.

“Discounting residential negative gearing in isolation is a retrograde step for tax reform, in terms of both efficiency and equity,” Mr Wolfe said. 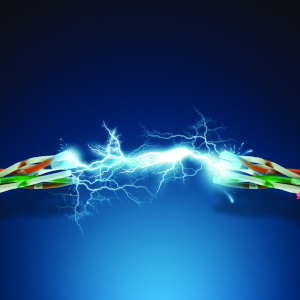