A short history of negative gearing A short history of negative gearing

In any sensible debate on negative gearing, it is essential to explore the history and understand the potential impacts any changes could have on property investors.

With the upcoming Aussie election, there have been some controversial and significant changes to super in the budget but no mention to changes in negative gearing. This however may be very different if one of the major parties gets elected.

Shorten has made it very clear of Labor’s negative gearing policy plans if they get elected: Negative gearing will only be available to new properties that are purchased after July 2017.

They intend to grandfather the negative gearing benefits for those who are currently enjoying them on established investment properties; however, [they] will no longer be available for these properties purchased after this date.

The Liberal Party opposes this reform – but announced they will consider alternative reforms in the future after thorough analysis.

This is an interesting topic with many layers to it. To decide whether the proposed changes will be effective, it helps to understand the background to the current negative gearing policies.

How the current negative gearing legislation came about

In 1985 the Hawke/Keating government made legislative reforms many would agree were intended to encourage investing:

Many would argue that the intention was to increase the number of properties in the country.

This would ideally take some of the pressure off the government to supply housing – and stimulate the economy through the construction industry and all the flow-on industries (primary – materials, retail, sales, and more).

Have the reforms achieved the original objectives?

Have the negative gearing policies boosted the supply of properties as intended by the Hawke/Keating government?

If this is the case, maybe there is some merit to Labor’s proposed reforms. However, it really isn’t as simple as it sounds and monitoring it would be a logistical nightmare. More thought needs to go into it at the very least.

Should negative gearing be abolished?

Abolishing negative gearing entirely, I think, would be a big mistake.

The housing and construction industry is quite possibly saving Australia from serious economic issues as the country adjusts to the decline of the mining boom.

This is an important time to encourage – not hinder – an increase in construction.

What else needs to be considered?

That leaves us with two other layers: housing affordability and rising rents.

How are these affected by keeping negative gearing as it is – or if changes are made?

Some blame negative gearing in its current form for skyrocketing house prices that the average Aussie simply can’t afford.

It certainly hasn’t been the only factor but this is a fair discussion – and another tick in the column for limiting benefits to established property investments.

We must, however, bear in mind there are still many affordable areas around major capital cities and the country: they just may not be in the suburbs that you would ideally like to live in.

Who will win and who will lose?

What will happen if negative gearing is abolished or changed?

Would rents be increased as landlords try to recoup their lost benefits?

Would the lower income Aussie renters end up copping the brunt of it?

Well, it is hard to say.

There was a cry of this when they looked to revert their reforms in 1985, but the statistics were unsubstantiated.

Negative gearing is a lot more established now and changes will definitely have an effect.

One thing is for sure: new property investors will be thinking twice if changes are made.

I don’t think that is what our economy needs right now.

Nick Holden is the Founder of Simple Property Investment, and a qualified, insured Property Investment Advisor who has more than 20 years of investing experience; for himself and his clients. As there is no 'one size fits all' with property investment, he is on a mission to help ordinary Australians create wealth for their futures with personalised strategies and advice. And their best interests at heart.

Nick is an accredited advisor with the ASPIRE Advisor Network, an industry organisation founded out of a desire to provide a genuinely independent, compliant and professional service. ASPIRE is setting the benchmark in the property advice... Read more 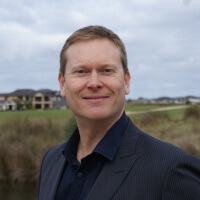