With housing affordability and negative gearing continuing to generate debate, one economist has weighed in and said changing the tax policy would have unintended adverse consequences. “Every time Australian residential property prices take off, calls erupt for negative gearing on investment property to be restricted or scrapped as many see it as being to blame for high house prices,” Mr Oliver said.

“Such a move would clearly adversely affect property investors as it will effectively reduce the amount investors can borrow. However, such a move is of dubious merit from a range of perspectives.”

Mr Oliver contended that negative gearing is not to blame for Australia's housing affordability issues.

“It has been in place for a long time and Australia is not alone in providing some form of tax assistance to home owners: most comparable countries do. Americans can even deduct interest on the family home from their taxable income – yet our house price to income ratios are much higher.

“Rather, the real driver of poor housing affordability has been a lack of supply. In a well-functioning market, when demand goes up prices rise and this eventually is met with increased supply. Residential construction is now picking up, but this follows more than a decade of undersupply that has to be made up.”

Mr Oliver said removing negative gearing could “make the situation worse” by reducing the supply of rental accommodation “at a time when rental yields are hardly attractive for investors”. In addition, he said changing the policy would distort the tax system.

Mr Oliver reiterated that the solution to housing affordability issues was to address the supply shortage.

“What we really need to do is to make it easier to bring new homes to the market – release land for development faster, relax (within reason) development controls, reduce tax and other impediments to the supply of new dwellings, and develop a long-term plan to decentralise away from our major cities,” he said.

“This would be the best way to help first home buyers and cool speculative interest in housing. Curtailing negative gearing is not the solution.”

Recent research indicates most investors agree with Mr Oliver’s assessment. The most recent Smart Property Investment Investor Insight Survey revealed that 78.9 per cent of investors don’t think the government should change the rules on negative gearing.

Negative gearing was ranked as having the least impact on pushing up property prices, with only 20 per cent of investors believing it has a “big impact” on price growth. 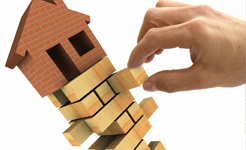