Plans to constrain negative gearing to new builds only have been lambasted by various industry groups and figures, amidst mounting speculation that both sides of the political spectrum now have the tax policy in their sights. The Labor Party’s plan to constrain negative gearing to new builds only from 2017 onwards has been met with fierce criticism from the property industry, with predictions it will lead to a flood of listings on the market and a slowdown in construction.

The opposition’s official policy, revealed at the NSW Labor conference in Sydney, includes restricting negative gearing to newly-constructed homes and reducing the capital gains tax discount from 50 per cent to 25 per cent from July 2017.

Philippe Brach, CEO of Multifocus Properties and Finance, believes the restrictions will lead to a downturn in new build purchases by investors.

“Constraining negative gearing to only new properties? That would be as good as killing off negative gearing altogether. Because if you’re an investor and you’re buying new, the only people you can sell to once you need to sell are going to be owner occupiers because obviously investors can’t buy it.

“If Labor wants to do that, it’s going to have a similar effect, the construction industry is going to slow down seriously, investors are going to not buy anymore for a period of time and it's going to be a nightmare.”

Under Labor’s proposal, negatively geared investment purchases of all properties made prior to July 2017 would be honoured under the existing negative gearing scheme – a fact Mr Brach believes would contribute to an influx of listings as investors desperately try to cash in before the restrictions kick in.

“It’s just going to create a ripple effect, the fact that they touch negative gearing, it’s just going to spook everyone and you’re going to have heaps of people putting their properties on the market,” he said.

Both Prime Minister Malcolm Turnbull and Treasurer Scott Morrison have criticised Labor’s proposal, although it has been reported by the Australian Financial Review that the coalition is weighing up a policy to either cap the number of properties that can be negatively-geared or limit the annual tax deductions which can be claimed.

Sze Chuah is a property investor with a portfolio of more than 20 properties, many of which have been negatively geared at some stage.

He believes Labor’s changes, if implemented, would eventually be absorbed by the market, with a price change in new build properties.

“For me it wouldn’t change my strategy too much, because it’s (tax) not the most important consideration, albeit a consideration. And I think the market would adjust accordingly anyway to factor in these things,” he said. 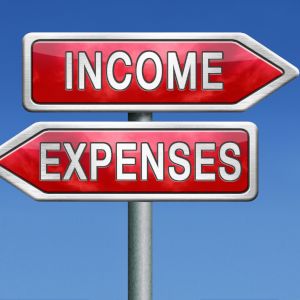