Industry figures are divided as to what this could mean for property in Australia.

Malcolm Gunning, president of the Real Estate Institute of Australia, said that the new Morrison-led government will need to focus on unwinding APRA regulations, as he suggested personally to a member of the Liberal government.

“We’re suggesting that … the Treasury’s using APRA to do their dirty work, so to speak, because they really can’t afford to lift interest rates, so our counsel was to go easy and to start to loosen up with the APRA regulation because of [the] potential for property prices to fall further,” Mr Gunning said to Smart Property Investment.

Peter Koulizos, chairman of the Property Investment Professionals of Australia however sees potential ruin for property investors due to the infighting of the Liberal party as it may push the Australian public closer to a Labor government, who have flagged reforms to negative gearing if they were elected.

“All it’s doing… is there is just more and more chance now that the Labor party will be elected next year, and the Labor party are going to go to the election with changes to negative gearing and that’s going to be disastrous for property investors,” Mr Koulizos said to Smart Property Investment.

“So, if the Liberal party could get their house in order and stop changing leaders, then property investors will be better off.”

Simon Pressley, regular Smart Property Investment commentator and head of research at Propertyology, said that the prime minister is just “another spin of the merry-go-round”.

“Yet another change of prime minister highlights that Australia is littered with lots of dickheads in high places,” Mr Pressley said.

“Our [predecessors] who made such great sacrifices to create the (once) ‘Lucky Country’ will be turning in their grave. Where have our genuine leaders gone? We have no vision, no plan, no teamwork.”

Despite a new face being brought to the government, Mr Pressley is not concerned about new policy changes being introduced that will negatively impact property investors.

“Let’s face it, investors have already been beaten black and blue over the last few years. Some unintended consequences such as a significant reduction in government revenues from property taxes will soon bite the bastards on the bum,” he said.

Mr Pressley added what he would like the new government to do is to focus on financial literacy for all Australians as well as work on improving wage growth.

“A paltry 18 per cent of Australia’s 3.7 million people aged 65+ years are financially independent, meaning that last year $47 billion of our taxes went towards paying aged pensions, he said.

“Every Australian ought to be embarrassed by our inability to set financial goals, save a portion of every pay packet, prioritise good advice, and strive to become self-sufficient by the end of our 40-odd years in the workforce.

“Our underlying economic fundamentals are solid. But we need a strong vision, community engagement, and confidence-building policies as opposed to penalties. Opportunities from the [phenomena] known as the Asian Century are enormous. Regional Australia has a huge role to play. Let’s rediscover the lucky country,” he said.

Independent economist Saul Eslake told sister publication Nest Egg a Morrison government would likely see little to no difference in policy as he has been a key member of the Turnbull government to begin with.

“It’s hard to imagine him reversing the decisions he announced and legislated as Treasurer with regard to superannuation, personal income tax, or negative gearing,” Mr Eslake said.

He added Morrison would see the government move into “a more Trump-like direction”. 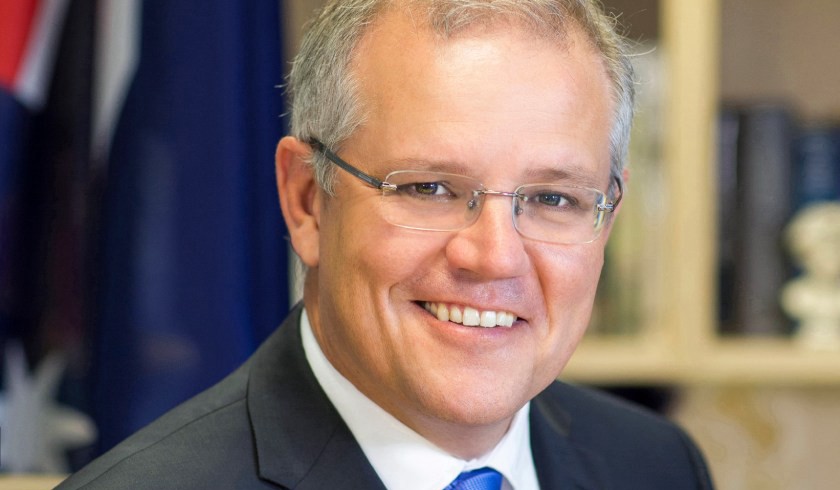 Wage subsidy to ‘relieve financial pressure’ for tenants and landlords

Government to screen all foreign investment