What the NSW election result means for property investors

NSW Premier Gladys Berejiklian is set to remain in power for another term, so what does that mean for property investment in NSW? The impact of this win on investors’ portfolios however largely depends where the investments are located, as the party did not have any policies directly related to property, but many infrastructure-related policies which could impact values of neighbouring properties.

On the railway-related infrastructure, more trains and more tracks are expected to be implemented across the state.

New trains will be introduced to the network, with 17 of the Waratah Series 2 trains being added alongside the 24 already delivered to the state, as well as eight other express services on the T1 Western Line during the morning and evening peak.

In terms of the network itself, the Liberal government also promised to provide $6.4 billion towards a new high frequency Sydney Metro West rail line between Parramatta and Sydney city, which construction is expected to start next year.

There is also the North-South Metro Rail Line, which will connect ST Marys station and the upcoming Western Sydney Airport, which the Liberal government will be expected to deliver the first stage during this term.

This is in addition to the Metro South West extension, which is planned to connect Bankstown to Liverpool, the Metro North West Line with an expected completion date of May and the completion of the Metro City & South West which will go through the Sydney CBD and out to Bankstown.

Roads and buses in Sydney and regional NSW are also expected to see an upgrade under a Liberal government.

Congestion is another policy focus, with $1.2 billion being spent to open up the roads. This includes investment of smart traffic lights located in over 500 intersections, addressing pinch point upgrades in various south-western Sydney regions, smart motorways, digital parking signage and drones and digital messaging.

An additional $1 billion will also be invested into regional council roads and bridges, and the Great Western Highway from Katoomba to Lithgow will be duplicated, bringing the number of lanes up to four.

What does this all mean for my portfolio?

Peter Koulizos, chairman of the Property Investment Professionals of Australia, said that following infrastructure spending could be a way of seeing where prices rises might occur, but investors need to be wary.

“You need to be careful because these are just plans, and previous NSW governments have been unfortunately renowned for announcing plans but not going about it,” Mr Koulizos said to Smart Property Investment.

“Wait until the first sod of soil is turned, and then you have more confidence about following up your analysis on infrastructure spending.”

In fact, for Tim McKibbin, CEO of the Real Estate Institute of NSW, the Berejiklian government’s policies will not mean all too much beforehand.

“Regardless of whether or not there is a change of government or a reconstituted government, it is an opportunity to reset one’s thinking to revisit the policies that the party had prior to the election,” Mr McKibbin said to Smart Property Investment.

“No doubt that doing the circuits as they do during an election, going out and talking to grass roots people, they would be getting feedback on what concerns people have.

“Right across the board spectrum of the party’s policies, they would be looking to review them and possibly reset them to respond to some of the concerns that they received during the campaign.”

When asked if this result would have an impact on the upcoming federal election, the experts were largely unsure, but leaned towards the result indicating another win for the Liberal government

Mr Koulizos said that while some people might like to think the results of the state election have no influence on the federal election, “the reality is, it does”.

However, this does not mean he believes the federal election will be a complete win for the Morrison government, but it is a positive indication.

“Maybe the Labor party need to reconsider when they’re going to implement their changes to negative gearing and capital gains tax based on this, or maybe they may need to modify what they plan to do,” he said.

Mr McKibbin agreed on this last point, saying that it was up to the major parties to listen to the broader community.

However, he took a more neutral stance on what the outcome of the NSW state election meant for the federal election, as predictions made for the state election varied from the actual outcome.

“Predicting the outcome would be something I’d stay away from,” Mr McKibbin said.

“Nonetheless, there was a reduced margin ... that will change the dynamics in the state parliament no doubt, and … whether or not that will have some impact on policies is yet to be seen.” 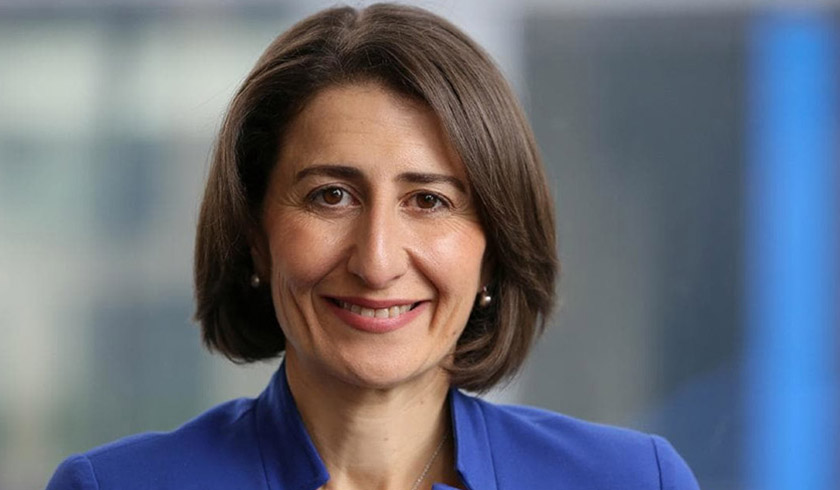