A leading Australian economist has shared his forecast for the state of the housing market given the possibility of a Labor government.

With the possibility of a Labor government winning the upcoming federal election, economist Christopher Joye believes that the subsequent changes could spell bad news for the property market.

“If Labor wins, house prices nationally will fall 15 per cent. If the Coalition wins, we are happy with a 10 per cent to 15 per cent range… [and] the housing market will stabilise very quickly.”

Even with the grandfathered negative gearing allowance for existing investors, newer investors will not have access to it for existing properties. Mr Joye said there is the notion that they will be protected from the taxation changes, which is “totally incorrect” and instead will impact every investor.

“Whilst you may be able to continue to negatively gear and you won’t pay 50 per cent higher [capital gains tax], the person buying the property off you when you sell it, they will. And that will be priced into the valuation you get,” he said.

“Your valuation will be very adversely affected if future buyers can not avail themselves of negative gearing and if they pay 50 per cent higher [capital gains tax]. So, it affects everybody.”

The importance of property

However, despite the focus on the property market and the economy, and while it is an important asset, Mr Joye suggested that the performance of the economy is not as reliant on property as general opinion dictates.

“Housing accounts, in labour terms, for a very, very small percentage of the labour market, and the impact on GDP growth of the reduction of housing construction is more than offset in the next 12 months by recent upgrades to infrastructure spending,” he said.

“Housing is important. It’s the biggest source of household wealth. Collectively, Aussie housing is worth close to $6 trillion, I believe. There is clearly some nexus between housing, wealth and consumption and consumer confidence.

“It is a very important asset class and it is extremely important for financial stability and for the solvency and integrity of our banks. But in terms of the quarter-on-quarter, year-on-year economic activity levels, it has a role to play but it’s not a decisive role.”

To hear more from Mr Joye, his episode on the Mortgage Business Uncut podcast can be heard here. 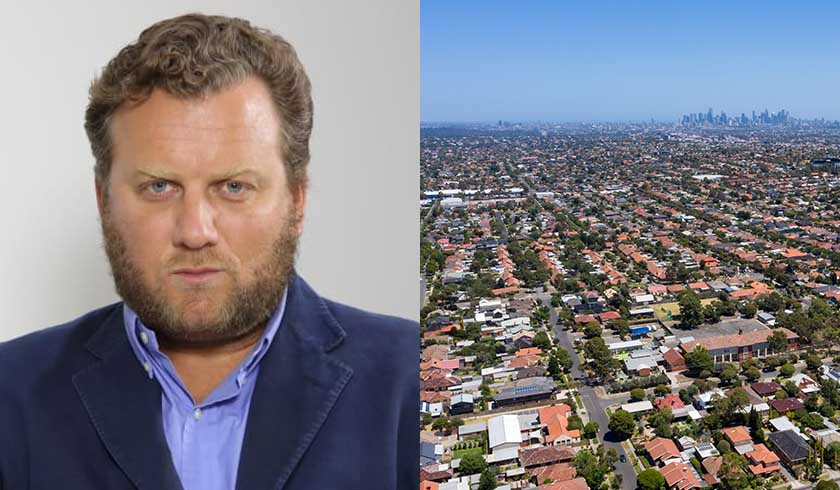