Canberra has been a relatively strong market lately, so where can investors look for to maximise their returns in the nation’s capital city? Additionally, Mr Radnell also noted that, since Canberrans earn $300 per week more than the national average, tenants are more likely to be able to pay rent.

“For investors this means [which] ever location they purchase in, they can currently be confident of securing a tenant, leasing at a comparatively high rate of return, and enjoying an excellent chance of capital growth in the future,” Mr Radnell said.

Domain data indicated this year's median house rents in the ACT rose by 6 per cent over the last 12 months and is currently the second highest state or territory for apartment rents, behind Syndey, while rents in other states and territories remained somewhat steady.

“The nation’s capital stacks up well against Sydney in terms of affordability,” Mr Radnell said.

“Sydney median apartment prices are now at $740,000, while Canberra median apartment prices are at $411,000. However, the median rental yield for units in Sydney are only 3.85 per cent, while Canberra’s rental yields are much stronger at 5.84 per cent. Therefore, Canberra presents a lower entry point for purchase with a much greater rental return than Sydney.

“The other unique factor in Canberra’s favour is that the city is designed around town centres. While the city centre is still its commercial and recreational heart, each of those town centres are also employment and entertainment hubs.”

Four out of the six fastest selling suburbs in Canberra can be found in Belconnen, according to Mr Randell, with rental yields in Belconnen higher than the national average; SQM Research data indicate that the rental market in Belconnen is tighter than Canberra as a whole, while the average house and unit prices are lower.

“The ACT average house price is now over $700,000. In Belconnen, people can still snap up a three-bedroom luxury town home in an exclusive estate for this amount,” Mr Radnell said.

“Just a seven-minute commute to the city centre and exceptionally close to the Belconnen Town Centre, University of Canberra and Lake Ginninderra, the new boutique mixed-use precinct of Parc offers apartments with oversize living spaces and abundant storage — all across from a popular local shopping and dining destination. 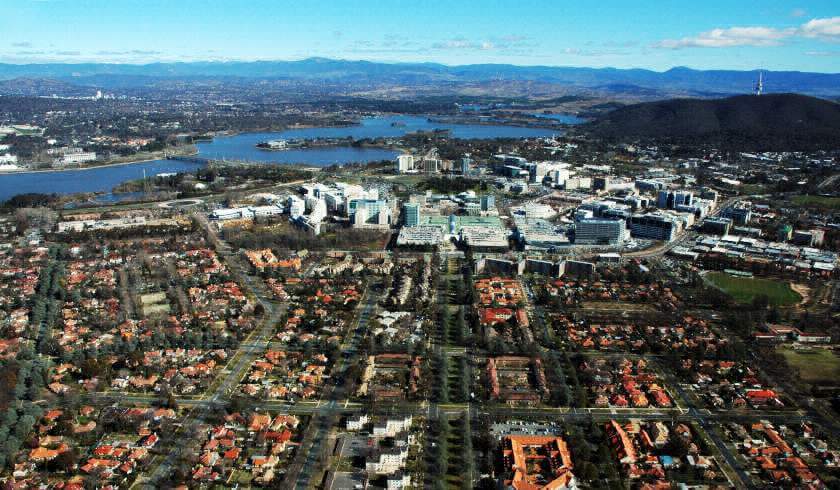 Last Updated: 05 March 2019 Published: 30 May 2018
share the article
6 tips on getting started in commercial investing
The doomsdayers will be right but only for a short period